In a veiled attack on the TRS government, BJP State president and Karimnagar MP Bandi Sanjay on Friday alleged that the ruling dispensation in the State had earned notoriety for family rule, corrupt practices and failure to deliver on its promises besides diverting the Central funds. Nearly two years had passed since the TRS made an election promise to give ₹3,000 unemployment allowance to the jobless youth, he said, adding that the State government had owed ₹72,000 employment allowance to each unemployed youth in the State for 24 months.

Mr Sanjay accompanied by party general secretary and the Telangana State in-charge Tarun Chugh addressed a series of meetings with intellectuals, office-bearers of the party district committee and party functionaries here on Friday.

He took part in a road show held in the run-up to the forthcoming elections to the Khammam Municipal Corporation (KMC) and the Warangal-Khammam-Nalgonda Graduates Constituency in the Legislative Council.

Addressing a meeting of intellectuals, Mr Sanjay reiterated his charge that a whopping ₹1 lakh crore was swindled in the execution of the Kaleshwaram lift irrigation project by ruling party leaders in the name of reengineering and redesigning irrigation projects.

The much-touted two bedroom housing scheme of the TRS government was a dismal failure, he charged, claiming that the Centre had sanctioned ₹1500 crore for construction of 2 lakh houses in the State.

The BJP regime at the Centre allocated crores of rupees of funds to the State and a plethora of Central schemes including the PM Ujjwala Yojana and AMRUT immensely benefited people of the State, he remarked alleging that the TRS dispensation was trying to misinterpret the facts by projecting the Central development works as its own.

“The people of Dubbak and the Greater Hyderabad Municipal Corporation (GHMC) out-rightly rejected the corruption-ridden TRS regime and heralded a change by giving their mandate for the BJP,” he asserted. “The BJP will expose the corrupt practices of the persons at the helm in the State,” he warned. 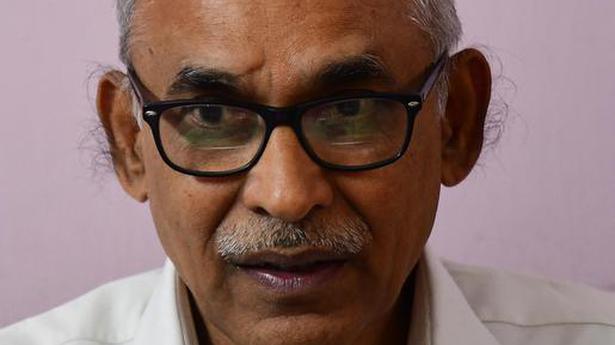