“Village-level godowns, cold storage facility and milk filling units will be set up across the State as per the action plan. The government will collaborate with the National Bank for Agriculture and Rural Development (NABARD) for the project,” said Mr. Kannababu, adding that proposals for two model godowns in East Godavari and Kadapa districts have been approved.

Referring to the plans to strengthen the existing market yards, Mr. Kannababu said that a sum of ₹212 crore would be spent on renovation of all the market yards in the State as part of the Nadu-Nedu scheme.

The Agriculture Minister laid the foundation stone for a godown of 500 metric tonne capacity at Karapa in Kakinada Rural mandal. The Marketing Department is spending ₹30 lakh on the project, which will be commissioned by early March, he said.

“A seed processing plant will be set up at Karapa village in East Godavari district and the foundation stone will be laid by the end of January,” said Mr. Kannababu. 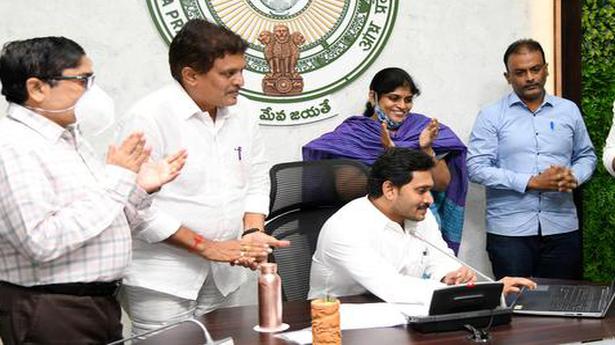