The proposed underpass or road underbridge at the railway gate adjacent to the Crawford Hall has been allocated ₹2 crore in the budget.

This is set to give a reprieve to the motorists using the stretch connecting to Bogadi Main Road. The movement of trains to Nanjangud and Chamarajanagar, apart from the shunting of rakes and engines at Ashokapuram, used to result in traffic hold-ups.

The Mysuru-Chamarajanagar section has seven pairs of trains which means 14 services besides the movement of rakes which was a major irritant for public using the stretch due to frequent hold-ups.

However, in pursuit of its policy to eliminate all manned and unmanned level crossing gates to increase safety, the railway authorities have released ₹2 crore for the works against the estimated cost of ₹2.5 crore.

The RUB or the subway will be similar to the one existing on the parallel road from Saraswathipuram fire brigade leading to Maharaja’s College hostel. However, the closure of the level crossing gate at Chamarajapuram station will be a major challenge given the clustered development on one side of the gate with dense human habitation apart from a statue installed opposite the level crossing gate by the local community.

However, experts have questioned the cost estimates for the RUB near the Crawford Hall as it has a slew of roads converging at the junction from all directions besides the presence of giant banyan trees hugging the road near the Kukkarahalli Lake. Also, there are houses on one side which needs to be provided access while vehicles from Kantharaj Urs Road also converge at the Padma Circle opposite the Government Press. But other sources said the RUB per se will be the responsibility of the railways while the MCC has to bear the cost of the remaining portion of the works. 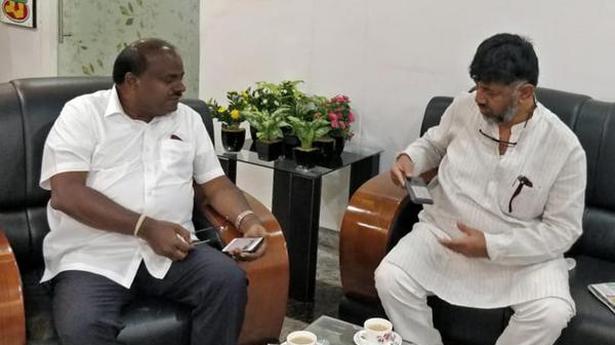 Old rivalry back to the fore as Kumaraswamy and Shivakumar shadowbox