Officials from the Special Enforcement Bureau (SEB), Bheemili, arrested two persons while they were allegedly transporting 1,056 liquor bottles from Odisha to Andhra Pradesh at Gandigundam area near Anandapuram in Visakhapatnam, on Wednesday. The recovered liquor is said to be worth over ₹2 lakh in market.

Police suspect that the accused were bringing the liquor to distribute during the panchayat elections.

Under the guidance of Additional Deputy Commissioner of Police (ADCP-SEB) V. Ajitha, a team of SEB, Bheemili, led by Circle Inspector Anuradha Devi, conducted raids near a petrol bunk at Gandigundam.

Sub-Inspector of SEB, Bheemili, B.V. Ramana, said that the two accused were from Padmanabham mandal. He said that in order to escape from the police check, the accused were transporting the liquor bottles in 28 cases in an iron load lorry. Based on credible information, they were caught.

Cases are being booked.

In less than a month, the SEB Bheemili has detected three major liquor smuggling cases and recovered close to 12,000 liquor bottles. 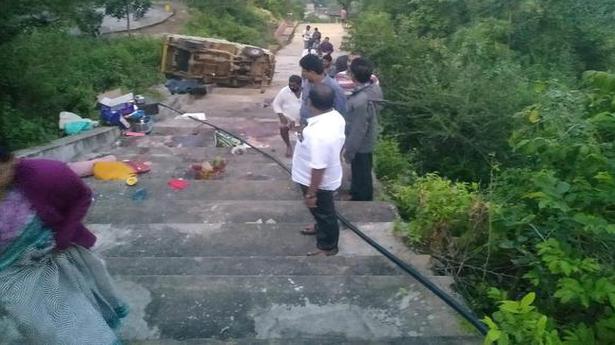 Seven killed as van with wedding party rolls down hill 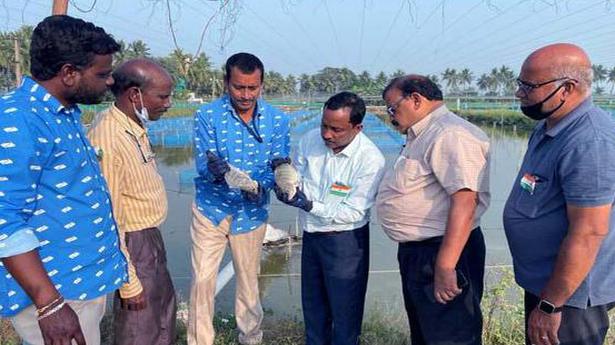