Eleven people were killed and 16 injured in a trucks’ collision near Vadodara on Wednesday morning. Of the deceased, nine belonged to one family.

A mini-truck, carrying 27 pilgrims from Surat, rammed into a container truck around 3 a.m. Seven people died on the spot, while four were critically injured.

Police and fire department personnel took the injured to the SSG hospital where they were declared brought dead.

The pilgrims had hired the mini-truck to visit the Mahakali temple at Pavagagh. They left Surat at 11 p.m. on Tuesday.

Mr. Modi posted a tweet expressing condolences: “Saddened by the accident in Vadodara. My thoughts are with those who lost their loved ones. Praying that the injured recover soon. The administration is providing all possible assistance at the site of the accident”. 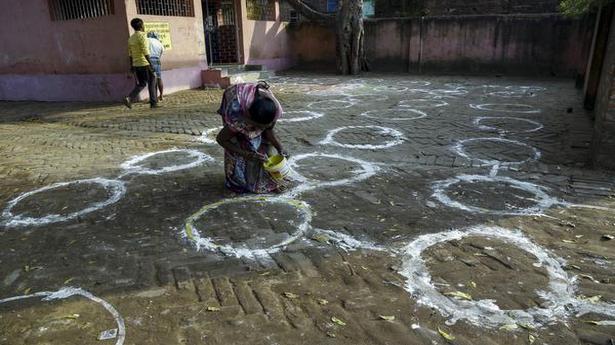