The Bhopal Memorial Hospital and Research Centre (BMHRC) in reply to an RTI query has admitted 13 survivors of the gas tragedy have died of COVID-19 in March-October on its premises.

The Indian Council of Medical Research-run hospital gave the reply on November 9 in response to a query by Rachna Dhingra of the Bhopal Group for Information and Action who had asked for the death count at the main hospital and its isolation ward.

While accusing the hospital of misleading the State government, Ms. Dhingra pointed to a letter dated October 1 in which the hospital’s Acting Director informed the Chief Medical and Health Officer (Gas relief) that nine COVID-19 deaths had occurred at the hospital until October. “Sources have confirmed just one-two deaths in November have occurred there,” she contended.

She has written to the Additional Chief Secretary, Public Health and Family Welfare, exhorting the State government to hold the hospital accountable for reportedly providing misleading information and thereby “undermining” the deaths of gas survivors owing to COVID-19 pandemic.

Further, Ms. Dhingra claimed the hospital didn’t report COVID-19 deaths to the local authorities. And in response to her RTI query requesting copies of the duty roster of full-time doctors posted at the hospital’s isolation ward, the hospital said doctors from all departments provided services to patients admitted under them to isolation ward, but didn’t provide their roster.

“The hospital didn’t disclose any duty roster of doctors at the isolation ward because none is posted there. The institution needs to be held accountable for callously responding to the concerns of the gas tragedy survivors,” she said. 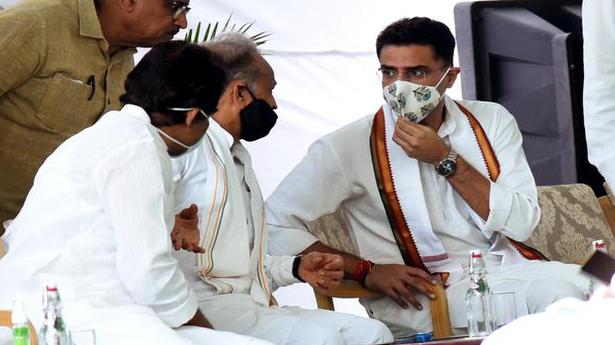