As many as 17,620 houses have been constructed under the Livelihood Inclusion and Financial Empowerment (LIFE) Mission in the district.

According to officials, most of the eligible beneficiaries included in the first three phases of the mission have now been provided houses. Of the total houses, 2,000 were constructed in the Alappuzha municipal area. Around 500 each were built in Kayamkulam and Cherthala municipalities. More than 3,000 houses were constructed in Mannancherry, Pattanakkad, Chennam Pallippuram, Mararikulam South, Cherthala South, Kanjikuzhy, Thanneermukkom, Aryad, Thrikkunnappuzha and Panavally grama panchayats. Another 2,500 houses were built in Kumarapuram, Mararikulam North, Vayalar, Muhamma, Purakkad, Aroor, Thuravoor, Palamel, Muthukulam, Thycattusserry, Kodamthuruth and Kadakarappally grama panchayats.

The officials said that construction of another 2,497 houses was progressing in different parts of the district.

Meanwhile, the construction of apartment complexes at Paravoor, Pallipad and Mannancherry under the mission is progressing. The housing complex at Paravoor is being constructed on 2.15 acres of land for 156 families. The two seven-storey blocks will have 78 flat units each. The 500-sq.ft. units will have two bedrooms, a kitchen, hall, among other facilities. Besides, a hi-tech anganwadi, rainwater harvesting facility, solar plant, drinking water facility, waste treatment system, park and parking space will be set up. The total cost of construction is estimated at ₹35 crore. The apartment complex is aimed at providing houses to those who have neither a house nor land.

The complexes in Pallipad and Mannanchery are being constructed on the land provided by the respective panchayats. Each complex could house 44 families.

A fourth complex, which could accommodate 140 families, will be constructed at Thazhakara on revenue land.

In the first phase of LIFE Mission, the government had undertaken the construction of incomplete houses under various schemes, whereas, in the second phase, it provided homes to land-holding homeless. The third phase of the mission aims at providing houses to those who have neither a home nor land. Skills of home guards to be honed, says SP 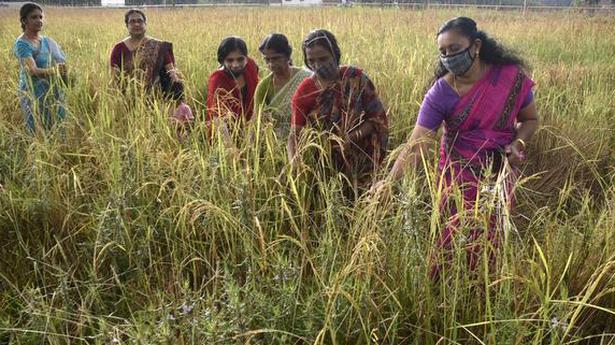