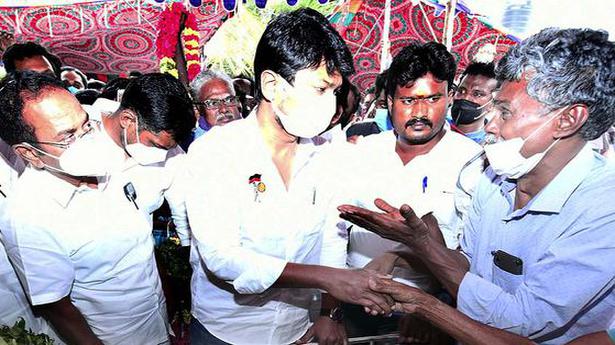 The police said the deceased was identified as Dhanush, 19, who lived with his family at Koolaiyur. He had cleared the Plus Two examination in 2019 and attempted to clear NEET in the past two years. Dhanush could not clear the previous two attempts and was preparing for the examination until late on Saturday, police sources said. When his parents went to wake him up in the early hours of Sunday, they found him dead. The Karumalaikudal police rushed to the spot, recovered the body and sent it to the Mettur government hospital. They have registered a case.

Chief Minister M.K. Stalin condoled the death and appealed to students against taking the extreme step.

He said the Assembly would pass a Bill seeking a “permanent exemption for the State from NEET” on September 13. In a statement, he said, “Students need not be disheartened. This government has the responsibility to ensure your future is better. It will continue the legal struggle until the Union government withdraws NEET.”

Mr. Stalin said the student took the extreme step because he was unable to clear the test even after two attempts, a plight of several rural and poor urban students. He said the Union government’s “indifference and obstinacy” were driving students to death. Irregularities in the conduct of NEET did not help to change its stand. “This further strengthens the case for bringing education to the State list.”

Leader of the Opposition Edappadi K. Palaniswami, along with AIADMK leaders and MLAs, paid homage to Dhanush at his residence. On Twitter, Mr. Palaniswami said the DMK government had pushed the student to death and asked what had happened to the party’s election promise to get NEET cancelled. Mr. Palaniswami said he had continuously demanded that the government clarify whether or not NEET would be held this year and prepare the students for the test if it was to be held. But the government never gave a clear reply. Had proper training been given to students, Dhanush’s life could have been saved, he said.

DMK MLA and Youth Wing leader Udhayanidhi Stalin, along with Ministers Anbil Mahesh Poyyamozhi, S. Raghupathy and V. Meyyanathan and party MLA R. Rajendran, paid homage to Dhanush. Mr. Udhayanidhi Stalin offered a solatium of ₹10 lakh to the family. He told journalists that while students were protesting against NEET, the Union government was adamant on conducting it. Both students and parents were severely affected by NEET.

Actor-politician Kamal Haasan spoke to the family on the phone and conveyed his condolences.

BJP State president K. Annamalai blamed the DMK for the death of the student. In a tweet, he said the DMK was politicising the issue. “This exam has passed the Supreme Court scrutiny and in 2020, had seen the highest number of Tamil students passing. @Arivalayam [DMK] which is playing politics with NEET is directly responsible for his death.” He said the DMK should stop its false propaganda that was causing confusion and fear among students.

PMK Youth Wing leader and Rajya Sabha member Anbumani Ramadoss said the Union government must give consent to the Bill passed by the Tamil Nadu Assembly that seeks exemption of the State from NEET. He urged the State government to exert continuous pressure on the Centre.

In a statement, he said he was saddened by the death of Dhanush and pointed out that 14 students had so far died in the State. “Last year, at least three students committed suicide the day before NEET. Dhanush had written NEET twice and could not get a seat. “It is understandable how much stress the exam must have caused him. NEET has become a killer of students,” he said.

Tamil Maanila Congress president G.K. Vasan expressed shock over the death and said students should be strong-hearted and should not take any drastic step. 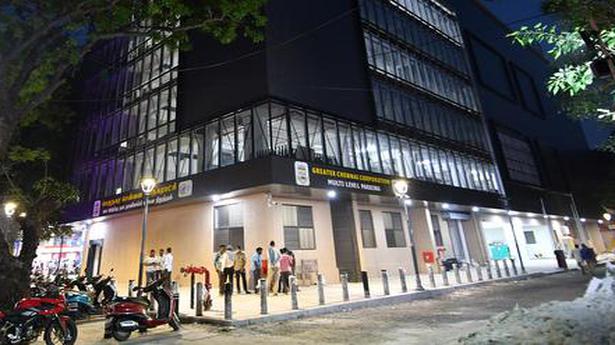