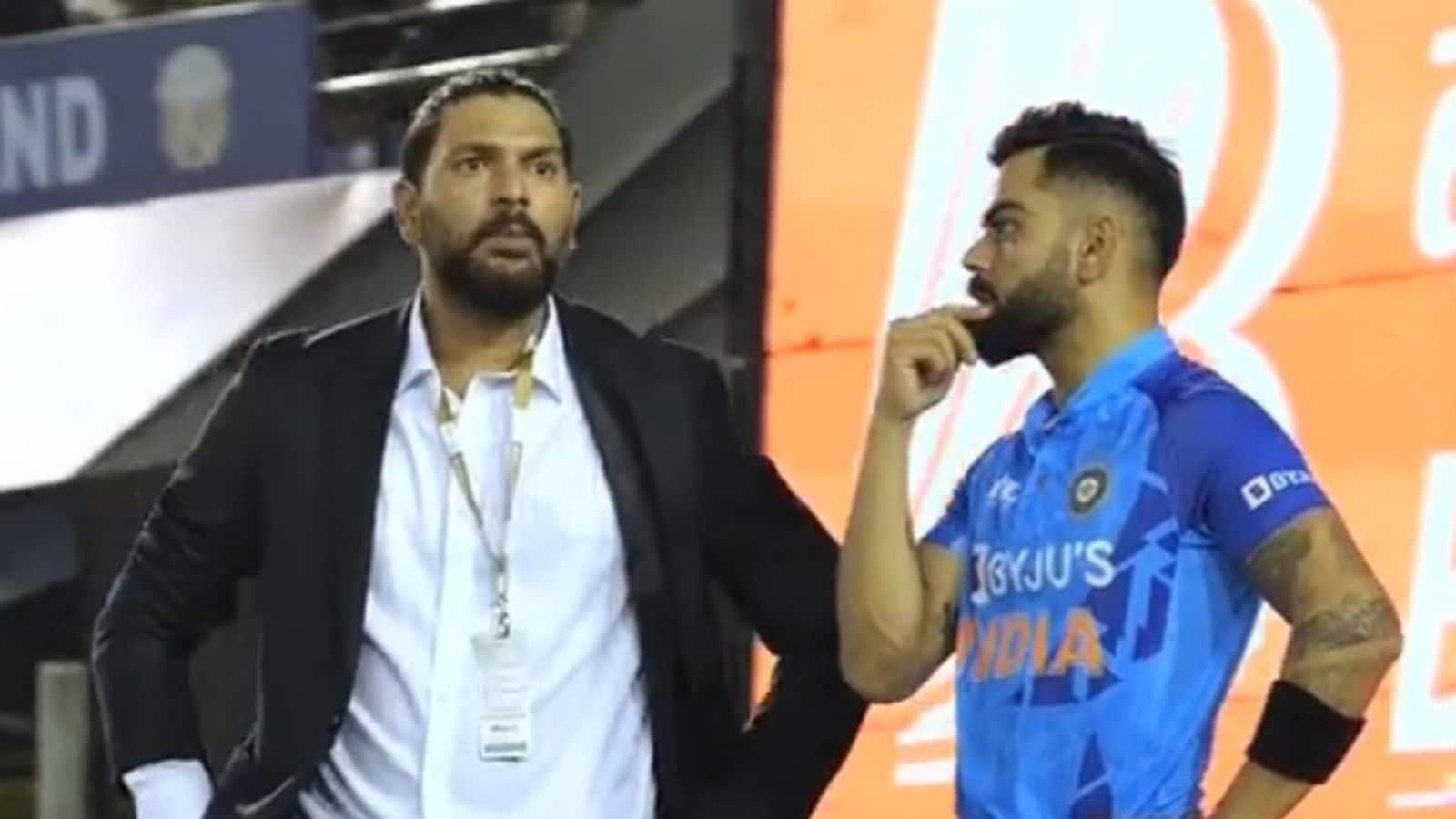 
Team India arrived at Mohali’s PCA IS Bindra international stadium to face Australia in the first T20I on Tuesday. All eyes were on Virat Kohli who recently found his lost form in the Asia Cup 2022, held in the UAE. After consecutive half-centuries against Hong Kong and Pakistan, the former Indian skipper smashed an unbeaten 122 off 61 deliveries, notching up his long-awaited 71st international century. It was also his maiden ton in T20 Internationals.

Meanwhile, the crowd present at the IS Bindra stadium were delighted to see Kohli getting ready for the game. Before the toss on Tuesday, the ace India batter was spotted having a brief conversation with former India all-rounder Yuvraj Singh who was also present at the venue.

The video of two cricketing stalwarts catching up after a long time was shared by the BCCI on its official Twitter handle.

The netizens could keep calm after watching Yuvraj and Kohli together on the field. Here’s how they reacted.

2 legends of the game

2 legends in one frame

The hopeful fans were left heartbroken as Kohli couldn’t do much with the bat after India were asked to bat first. The former India skipper fell prey to Josh Inglis after scoring just 2 runs off 7 deliveries.

Before the start of the 1st T20I, the Punjab Cricket Association (PCA) unveiled the stands named after two of its star cricketers, Yuvraj and Harbhajan Singh. The south pavilion has been named after one of India’s greatest spinners Harbhajan while the one in the north after 2011 World Cup hero Yuvraj.

“We have taken an initiative to honour all the star players of Punjab. It happens in other associations and we thought we should also honour two iconic cricketers from Punjab,” PCA secretary Dilsher Khanna had told PTI.

Earlier on Tuesday, Australia captain Aaron Finch won the toss and opted to bowl first against India in the first T20I of the three-match series at the Punjab Cricket Association IS Bindra Stadium, here on Tuesday.

Speaking at the toss, Finch confirmed that Cameron Green will open the batting along with him. All-rounder Tim is making his Australia debut. He received his Australia cap from his Hobart Hurricanes team-mate, Matthew Wade.