Spoiled hair, disheveled body clothes and ferocity in the eyes… Above is the picture of the psycho killer who raped and murdered elderly women in Barabanki and Ayodhya. The police of two districts were searching for it for 50 days. Now the psycho killer who was spreading terror has finally been arrested. The accused was caught on Tuesday at Mawai in Ayodhya when he was trying to rape a woman. The accused is currently with the Ayodhya police. He is under interrogation. However, the Barabanki police is talking about taking him on remand.

Dainik Bhaskar’s team reached the accused’s Sarva village in Barabanki to know the full story of the psycho killer.

To know the full story of this 20 year old psycho killer, Dainik Bhaskar’s team reached Sarva village of Barabanki of the accused. Where many information about the accused was found. The family members did not tell much but the people around told us many important things.

Before reading the full story, know about the accused…

The accused was about to rape this woman in Ayodhya but this time he was caught.

The accused was married at the age of 16

The accused got married at the age of 16 but the wife did not come to live with him till date. The accused’s uncle said, “The picture of women in Amarendra’s life had deteriorated since his father had three marriages and other women harassed his mother. He left the house after being angry with this.” “

Used to fight when father asked mother to speak

His father used to ask his other wives to call him mother but he never agreed to this. When he got married, we thought that he would now live in the house but his wife did not come to live with him. This thing seems to have increased his hatred.

Still, we never expected that Amarendra would do such a heinous act. He has hung our heads in shame. There are other children in the house as well. Everyone’s future is ruined. When we came to know his truth, we got very angry.

He is the uncle of the accused. Uncle said, Amarendra has not left us anywhere.

The uncle told, “Amarendra used to work in Gujarat earlier. He came back to the village some time back. Here he used to work in a dhaba. He often used to disappear from the village. He used to come again suddenly. Talk to someone more. He used to stay in himself. Now it is understood that he used to go out of the village for such heinous work. Even after doing such work, there was never any panic on his face. He always looked normal. Was.”

Only the father and his two children live in the house.

The house of the accused is in Sarwa village, about 40 km from Barabanki. There are only father and two small children in the house. Father is working as a laborer and running the house. There is a structure made of brick named after the house. In which the whole family lives. On the side remains a place for tying animals. Earlier, when an attempt was made to talk to the father, he started getting angry. However, later he told some things.

This is the father of the accused, who tearfully told us the story of his son.

Wife was not coming, used to fight for it

The father told “He was the eldest son of the house and thought he would take care of the responsibility, but he got my nose cut off… We got married three times, so first he used to fight for him. Don’t know why he became like this. Used to be troubled for women. His actions had become very dirty. He used to do a lot of obscenity. Don’t know what he used to watch on the phone.

This is the house of the accused. where his entire family lives.

“But he crossed all limits. Tell me, he used to do all this with women of his grandmother’s age. He didn’t even feel ashamed. What kind of lust can make someone like this. I am ashamed to say this. It comes to me that he is my son. Now I am praying to God that he should die. After the death of his mother, he used to fight with both my wives. He used to speak directly to them. If I refused, he would run to kill me. I don’t know what had happened to him. His wife also did not like him. His hatred for women had increased so much that he had gone mad. I think this By doing everything, he used to hate his women.

Psycho killer said – Talisman was getting everything done

When the police caught the accused, he started crying. He told the police, it is not my fault. It was not me who was getting this talisman done. The accused said, my wife was not coming back, mother was also dead. I went to a tantrik to get my wife back. That tantrik had given him a talisman and said, if you go to your wife wearing it, she will come with you.

I went to my wife wearing the talisman but she chased me away. When I went to the tantrik again, he said, keep wearing it… slowly the effect will be visible. After wearing the talisman, I don’t know what happened, I started raping women. After wearing it, the devil always used to ride on me. Elderly women are weak, so he used to make them victims. For this work, he used to sit in the field beforehand. He would have raped someone who looked like an elderly woman. However, the police have told these things of the accused a false story.

The police was searching for the accused for several days.

The accused had committed the first incident in Mawai police station area of ​​Ayodhya district at a distance of 8 km from Ramsanehi Ghat of Barabanki. On 5 December 2022, a 60-year-old woman from Khusheti village of Mawai had left home for some work. When she did not return till evening, the family members lodged a missing complaint at the police station after a search. Then on December 6 afternoon, the police found the dead body of the woman. There was no cloth on the dead body. The woman had injury marks on her face and head. The postmortem report revealed that the rape was followed by strangulation.

The accused did the second incident in Ibrahimabad in Barabanki. On 17 December 2022, the dead body of a 62-year-old woman was recovered from a field here. The body was recovered in the evening but the murder had taken place in the morning. There was no cloth on this dead body either. The postmortem report revealed that the rape was followed by strangulation.

The dead body was found for the third time, this time too the pattern was same.

The accused did the third incident in Ayodhya. On December 29, a woman who had gone out for defecation went missing in Thatharha village, 3 km from Ram Sanehi Ghat Kotwali. Her body was found nude in the field on 30 December. This woman was also 61 years old. The pattern of the murder was the same. The police was shocked as soon as this dead body was found. Even after this, the accused had tried to carry out the incidents but he could not succeed.

The story of the accused is fabricated, action will be taken

In this case Barabanki SP Dinesh Kumar Singh said, the accused used to go to a baba’s place in Khushhal village of Asandra police station. Killer said, whatever he was doing was the effect of the talisman. When he saw an elderly woman alone, the devil used to ride on her. Then he used to rape her. Police say his story is fabricated. We are probing the matter. Strict action will be taken against the accused. 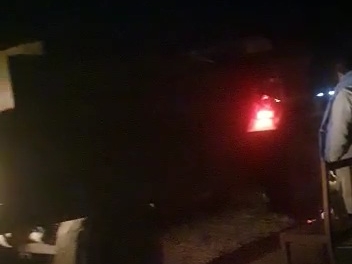 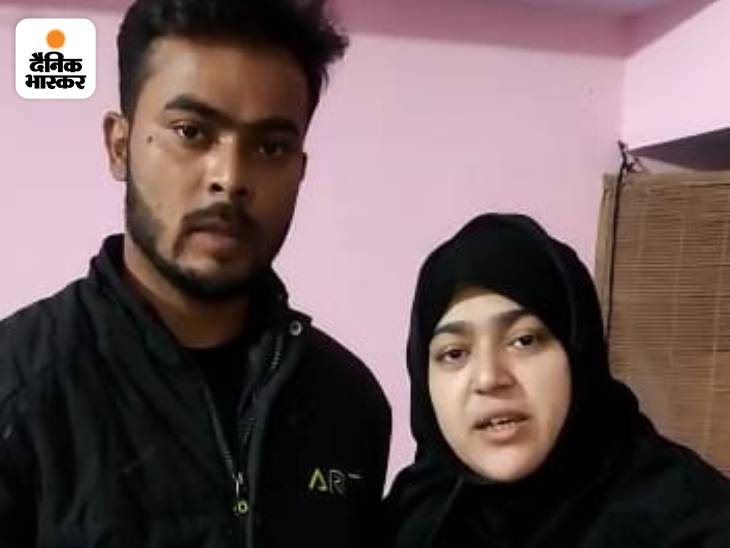