Lt. Governor has given special permission for the demonstrations, say Delhi police

After series of meetings with farmers seeking to protest near Parliament during the monsoon session, the Delhi police on Wednesday granted permission to 200 farmers to stage protest at Jantar Mantar from Thursday to August 9 between 11 a.m. and 5 p.m.

A senior police officer said the proposal was sent to Delhi Lieutenant Governor Anil Baijal and he had given special permission for demonstrations by a maximum of 200 peasants.

A group of 200 farmers will travel to Jantar Mantar from the Singhu border in buses with a police escort and hold protests there from 11 a.m. to 5 p.m., sources in the Delhi police said.

They said the Samyukt Kisan Morcha (SKM), an umbrella body of farmers’ union which has been spearheading the protest against the farm laws, has been asked to give an undertaking that all COVID-19 norms would be followed and the agitation would be peaceful.

This is the first time since the violence in the national capital during a tractor rally on January 26 that the authorities have granted permission to farmer unions to hold a protest in the city.

According to an order issued by the Delhi Disaster Management Authority, Lt. Governor Anil Baijal, who is also DDMA’s chairperson, has given approval for a staggered protest at Jantar Mantar by a maximum of 200 farmers every day from Thursday to August 9 between 11 a.m. and 5 p.m.

“They would be conveyed by designated buses and six members of one separate group by a designated SUV on a given route under police escort subject to strict observance of COVID-appropriate behaviour [wearing of masks, maintaining social distancing, regular hand washing and use of sanitiser etc.] and compliance with all other guidelines/ instructions / SOPs issued by the Government of India and the Government of NCT of Delhi from time to time in relation to the COVID-19 pandemic,” the order said.

Adequate security arrangements would be made at the Jantar Mantar, the sources said.

Gathering for protests is currently not allowed in the national capital under a DDMA order.

Thousands of farmers from across the country have been agitating at three Delhi border points — Singhu, Tikri and Ghazipur — against the three farm laws that they claim will do away with the minimum support price system, leaving them at the mercy of big corporations.

Over 10 rounds of talks with the government, which has been projecting the laws as major agricultural reforms, have failed to break the deadlock between the two parties.

The SKM had initially proposed that the protesting farmers will hold a ‘Kisan Parliament’ at Jantar Mantar every day, a few metres away from Parliament.

After a meeting with the Delhi police officials on Tuesday, a farm union leader said they would hold peaceful demonstrations at Jantar Mantar demanding scrapping of the agricultural laws and no protester would go to Parliament.

A tractor parade in Delhi on January 26, that was to highlight the demands of farmer unions to repeal three agriculture laws, had dissolved into anarchy on the streets of the national capital as thousands of protesters broke through barriers, fought with the police, overturned vehicles and hoisted a religious flag from the ramparts of the iconic Red Fort.

A senior police officer said they held a meeting with other security agencies after getting inputs of terror alert from intelligence agencies. Policemen in plain clothes will be deployed near the protest site and security at Delhi borders has been strengthened. 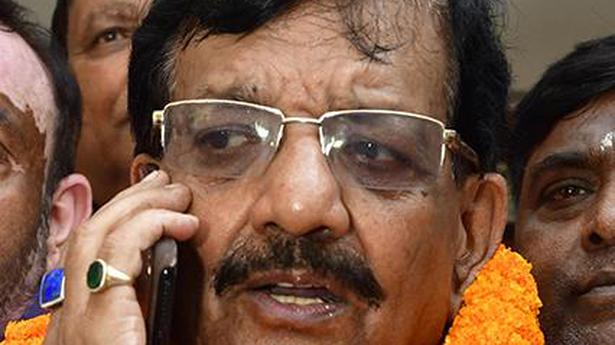 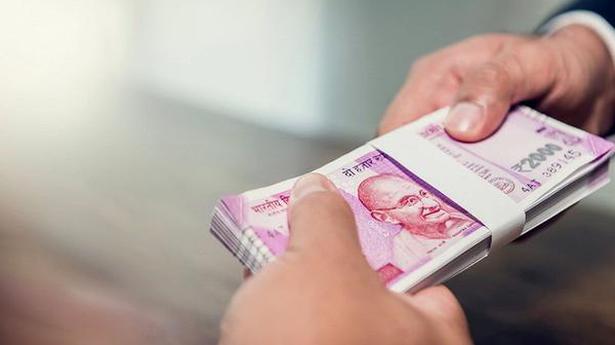 The Hindu Explains | What is Foreign Contribution (Regulation) Act, and how does it control donations?

Tamil Nadu Assembly Elections | People believe in AIADMK government as it has delivered on its promises: Vasan