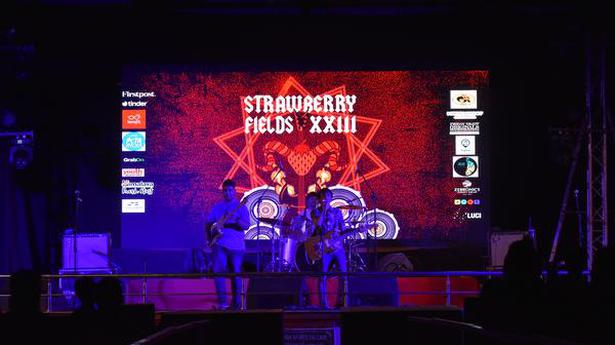 As the scene in India tries to gingerly move on from an year of online gigs and home-produced tracks, it will be retaining some aspects of 2020 for the future

NLSIU Bengaluru’s Strawberry Fields — one of the country’s first major music festivals of the year — will be held online this coming weekend. And because it is virtual, the headliners will include international names that, logistically, could not possibly have come down to the Bengaluru campus to perform, even in non-pandemic times. Their lineup includes not only Indian acts like Cinema of Excess and Haiku-like Imagination, but also Italian rock band Tangerine Stoned.

Convenor Rhea Paul admits as much, but reiterates that the next edition will definitely go back to being offline. She says, over phone from Bengaluru, “It will be our 25th one, and we plan to make it bigger and better. People love Strawberry Fields, they want to be here and enjoy it themselves.”

Rhea’s take reflects that of most festival-goers in the country, as well as that of musicians themselves. Independent musicians had shown remarkable resilience in 2020, springing onto social media live sessions and online concerts, and working within the limited scope of their home studios to release song after song that helped the rest of us brave tough times. But they still await the return of tours and concerts — not only because they miss it, but also because they need it.

Ashwin Gopakumar, frontman and founding member of Kochi-based multilingual band When Chai Met Toast, explains this need through his own experience: “Private virtual gigs, like corporate shows, private functions and get-togethers are helping in sustenance of the musicians right now. But as a musician who loves touring, being on stage and interacting with people, there is something missing.”

Ashwin adds, “That is also the reason we [the band] have not done many public virtual concerts, other than NH7. We have saved up a bit of money, but there were a lot of indie musicians who were struggling to the point where they did not know what to do [during lockdowns]. Online gigs are helping them pay bills and get things done, but I don’t think it’s the end solution.”

Socially distanced concerts might well be the answer, but it is too early to say, especially with a second strain of COVID-19 looming and vaccine having just been approved in the past week. For now, intimate gigs in socially distanced neighbourhood venues and pubs seem to be the closest musicians will get to the concert experience, at least in the first few months of the year. But Albert Almeida, COO – Live Entertainment for BookMyShow, is optimistic, and expects “2021 to be a defining year for independent music artists in India, who have cashed in on the lockdown and built familiarity and love for their music via digital gigs and their social media presence.”

He expects online and offline opportunities to co-exist, stating via email: “In the current year, they will be further boosted via out-of-home events across performance venues such as bars, clubs, smaller on-ground venues and possibly even festivals later in the year. All this will complement the already healthy consumption of their music via streaming. With the COVID vaccine now being approved and rolled out gradually, we expect on-ground events to pick up pace steadily even as online gigs for this genre will continue to give artists the opportunity to reach audiences in other, newer geographies.” Much like Strawberry Fields’ online edition is helping the team expand its base now.

Says Ashwin, “In 2021, I’m hoping that by June or July, things are back to a little bit of normality.” But that does not mean that virtual gigs will be forgotten entirely. Rhea, for instance, fully intends to take advantage of the massive expansion in scope that going online has afforded Strawberry Fields. “We have a wider audience now; musicians and music-lovers in different countries are aware of us,” she points out, adding that this growth will definitely reflect in 2022’s list of headliners.

And then there are salt-of-the-earth festivals like Ziro, that celebrate Nature, togetherness and organic connections, despite the tens of thousands of visitors they receive every year. Last year, the organisers had to cancel Ziro Festival of Music, and instead opt for an event that was almost the opposite in every way — a gamified music festival, where participants’ avatars could walk the venues virtually and sit by bonfires to hear bands play. ZIRO FOCUS, created in collaboration with the Focus Wales Festival and British Council, was a learning experience, says Lubna Shaheen, programmes director, Ziro Festival of Music. And some learnings from said experience might well be retained for 2021’s edition, she says.

She explains how ZIRO FOCUS came about: “We were working on an artist exchange programme with Focus Wales where the idea was to have artists from both countries collaborate, perform and showcase in both the festivals. But then the pandemic forced us to rethink how we’d work things out. We were never really interested in doing a virtual version of Ziro Festival because the experience of watching a band in the great outdoors while sipping rice beer can never be replaced. The whole idea of bands playing in their bedrooms with attendees watching them from their own couches is everything Ziro Festival does not stand for!”

Even the behind-the-scenes experience was completely new, she says: “When we were toying with the idea of taking our collaboration with Focus Wales to an online platform we were clear that it has to be a completely new experience and not one trying to emulate the real festival. The gamified platform that we worked with was developed by a team that was spread across three different countries. This is obviously very different from setting up a real festival, with dozens of people working with their bare hands. Also we focussed more on the audio experience for the attendees so the featured bands were hosting podcast-style shows on the stages and there was a lot of ambient natural sound design as well.” 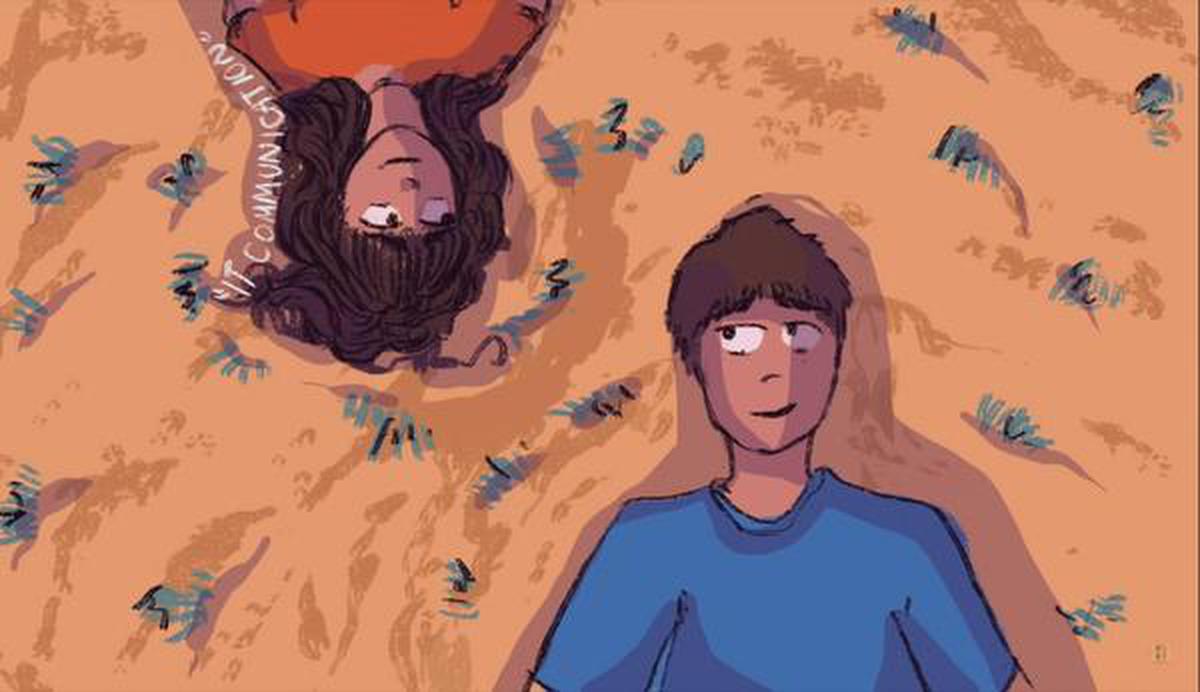 A screen grab from When Chai Met Toast’s ‘Ocean Tide’

Concerts aside, there might be some shift in the music itself that is released through the year. With recording studios being shut for a large part of 2020, there was a spike in home-based productions and experiments, with ambient genres like bedroom pop and Lo-Fi seeing a spike. So did softly positive numbers with reflective lyrics, like Raghav Meattle’s ‘City Life’ and Taba Chake’s ‘Aao Chalein’. Now that studios are opening up again, and both creators and listeners are less confined to their four walls, the hit vibes of the year might well be sharply different.

For When Chai Met Toast, at least, the plan is to exploit the spoils of their pandemic productivity. “[Our lockdown release] ‘When We Feel Young’ is going to hit a million on Spotify; it has already hit a million on YouTube. ‘Kahaani’ is also running towards a million. I would forecast that everyone will be gigging from July onwards. I can’t wait to see people’s faces and have them singing and dancing along to us,” says Ashwin.

Lubna, too, is optimistic. “If things move the way they are, it looks like we will have a festival this year. Combining the virtual and real? It might just happen!” she signs off. 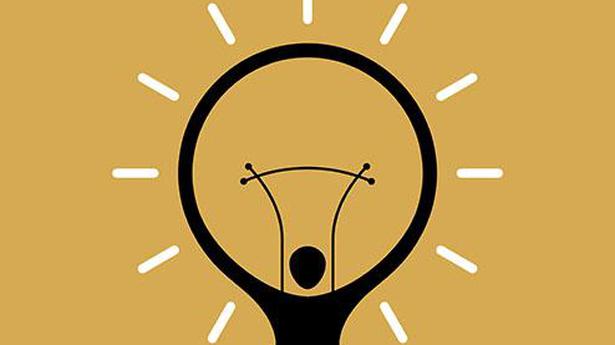 The leaders we need in today’s world

Nearly 500 families in tenements in Mandaveli evicted, residents say they have no place to go 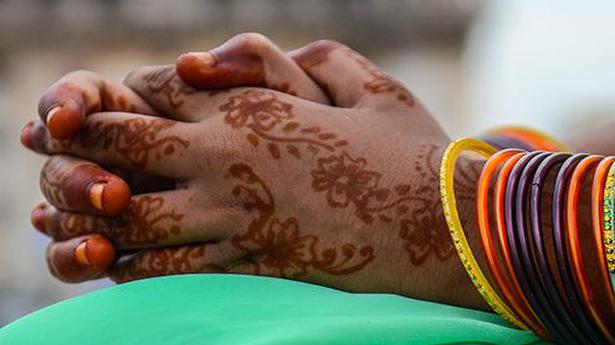