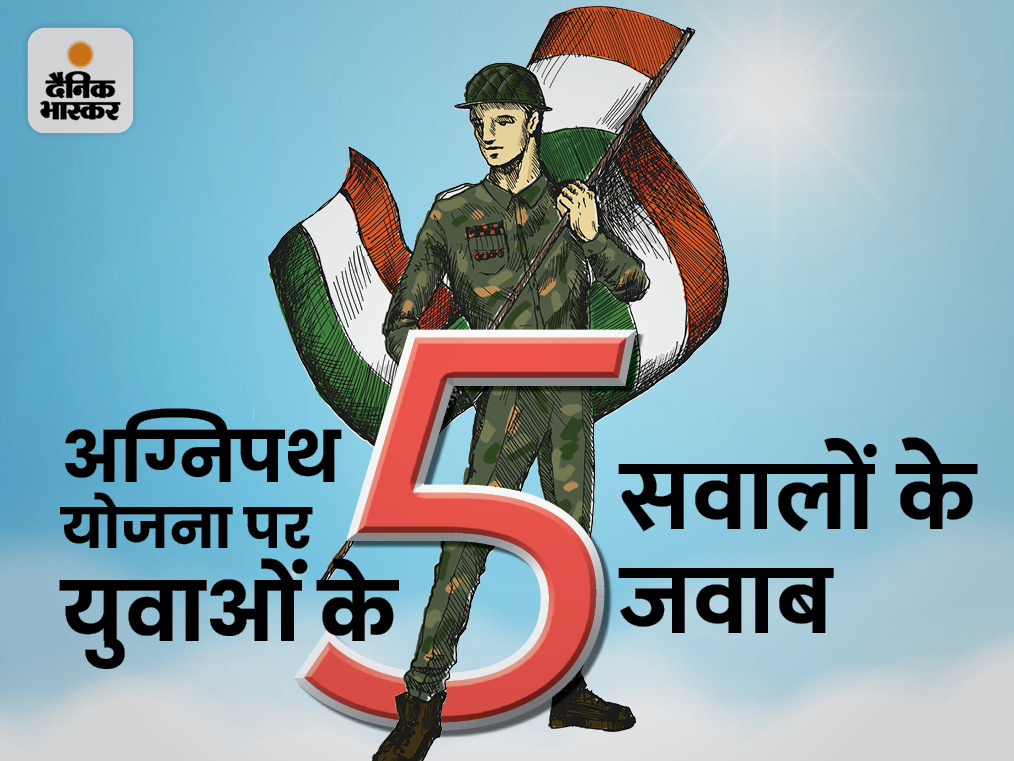 Agneepath scheme was announced on 14th June. As soon as the announcement was made, this scheme came under the scanner. The youth started protesting. There are still many confusions in his mind regarding this scheme. We have pulled out 5 most asked questions of youth from social media. Let us know the answers to those five questions. You can also watch the video above for the whole thing.

The first question on the salary of Agniveers, which was asked more than 100 times on social media…

Question 1: How many jawans will get a chance to join the army under the Agneepath scheme? What will be their salary package?

answer: In the first year, 46,000 soldiers will be recruited by combining the three parts of the army, ie Army, Air Force and Navy. In the next 4 to 5 years, it will be increased to 50 to 60 thousand and after that 90 thousand to 1 lakh 20 thousand recruitments will be done.

In the first year, youth will be kept at 30 thousand rupees per month. Including EPF/PPF, Agniveer will be able to earn Rs 4.76 lakh in the first year. By the fourth year, the salary will be 40 thousand rupees. That is, 6.92 lakh rupees in a year including EPF / PPF. In the graphic below, see how much the salary of Agniveers will increase in 4 years.

The amount deducted in the salary will be given to the Agniveers along with interest after the completion of four years of service. This amount will be around 11 lakhs.

Question 2: What will Agniveer do after four years? Will they get the same facilities which are available to ex-servicemen at present?

answer: Health facilities will be provided to Agniveers during their service in the army. But after completing 4 years, they will not be given any kind of pension. Also, the facilities available to ex-servicemen will not be available.

After 4 years Agniveer can apply for Permanent Joining in Army. Of these, 25% will be retained on the basis of merit. However, this will happen only when there are recruitments in the army at that time.

After 4 years of service, 75% of Agniveers will be given Rs 12 lakh as service fund package. So that they can start any work of their own. Apart from this, there will be an insurance cover of 48 lakhs. However, both these facilities will also be available to those 25% Agniveers who will be permanently selected in the army.

If Agniveer dies during service, his family will be given Rs 48 lakh.

Question 3: What kind of promotions can Agniveers get?

answer: Agniveer is a separate rank. There is no rule to give any kind of promotion to him only while being Agniveer.

Question 4: If these recruitments are only for 4 years, then will the Agniveers get the same honor and award as the jawans?

Question 5: Can Agniveer leave the army before the completion of 4 years?

answer: No. Agniveers who are recruited in the army will have to complete a tenure of 4 years. Meanwhile, he cannot leave the job of his own free will. Agniveer can leave the job only in some special conditions, but for that he will have to take permission from the officer. Agniveers who leave their jobs midway will be given the portion of the service fund to which they have contributed. But they will not get the amount of government share. 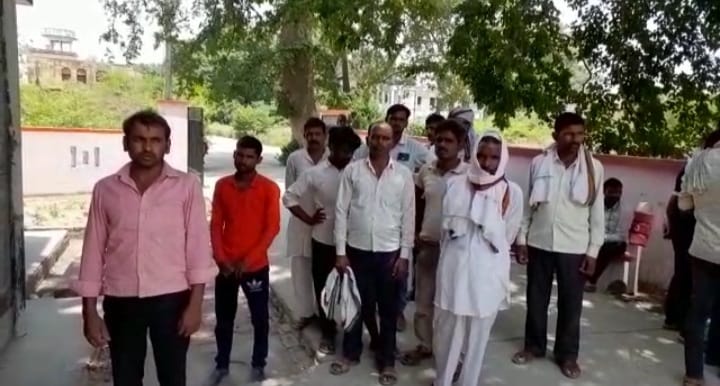 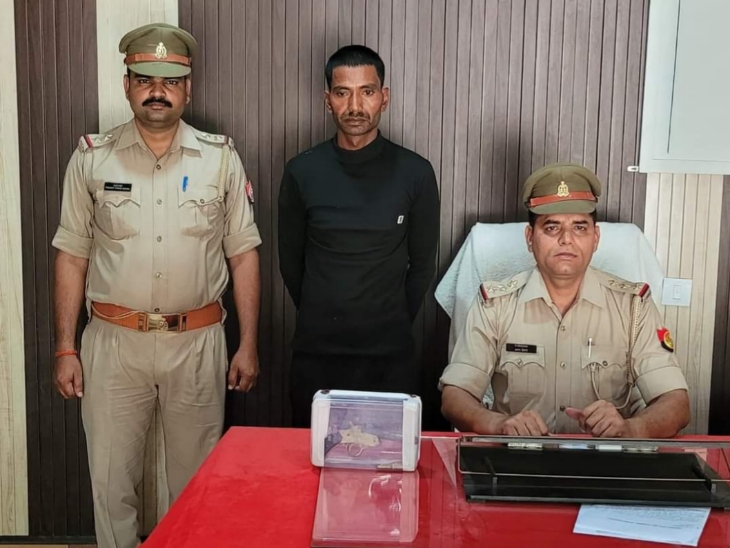 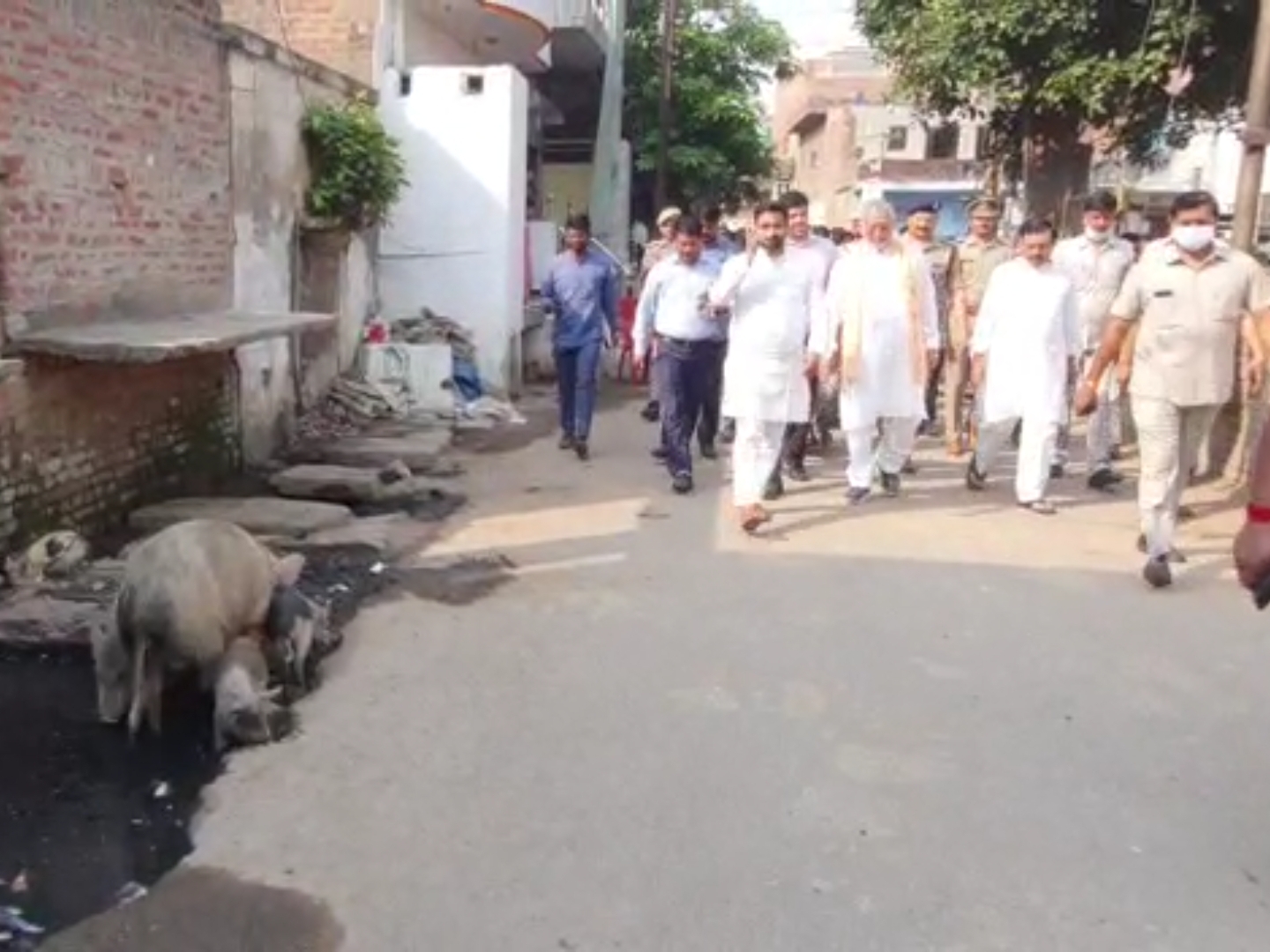