The police deployed special forces to bring the situation under control.

Twenty-six persons were injuried and many vehicles were damaged when leaders and activist of the YSRCP and Telugu Desam Party clashed at Budagatlapalem village of Etcherla mandal in Srikakulam district on Tuesday.

Some of the TDP leaders reportedly teased YSRCP activists after TDP-backed candidate Allupalli Rambabu won the election, which allegedly led to the violence. Many vehicles, houses, utensils were damaged in the violence. The police deployed special forces to bring the situation under control.

Addressing a media conference, Srikakulam Superintendent of Police Amit Bardar urged people to maintain restraint since defeat and victory were part of elections. He said the situation in Chillapeta Rajam village and other panchayats was under control. He alleged that miscreants attacked even special police forces in Chillapeta Rajam village. Mr. Bardar said that nearly 20 trouble-makers were identified so far and special teams had been formed to nab them. 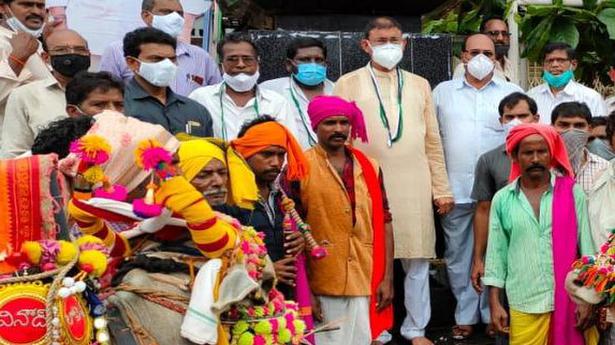 Minister backs creation of BC Corporations