The Dakshina Kannada District Legal Services Authority (DLSA) on Thursday completed the process of paying interim compensation to most of the residents of Kudupu Mandara who were affected by garbage slip from a landfill site of Mangaluru City Corporation in Pachchanady in August 2019.

According to Commissioner, Mangaluru City Corporation, Akshy Sridhar, 30 of the total 45 claimants received compensation amount on Thursday. It amounted to 80 % of the ₹14 crore earmarked for paying interim compensation.

The compensation amount was not given to those property owners who did not turn up for it on Thursday and also those whose property are under dispute, he said.

The Commissioner said that the civic body has already paid ₹2.7 crore for crop loss in the area due to the garbage slip from the landfill site.

During a recent hearing of public interest litigation on the issue by the Karnataka Legal Services Authority, the High Court of Karnataka directed the city corporation to pay forthwith interim compensation to the residents whose land, buildings and structures were damaged in the garbage slip. Also, the District Legal Services Authority was asked to scrutinise the property documents and be present when the corporation paid interim compensation.

DLSA Member-Secretary Shilpa A.G. and other advocates on the authority panel held a series of meetings with officials from the district administration, the city corporation and affected residents.

The city corporation arrived at the interim compensation amount by taking into consideration the guidance value of property.

The DLSA scrutinised documents of 45 claimants on Wednesday and called them on Thursday to receive the compensation amount. Mr. Sridhar gave away tokens for interim compensation after receiving an undertaking from the claimants.

Mr. Sridhar said that the interim compensation amount will be deposited in the bank accounts of the claimants in 24 hours.

Some among the claimants could not get compensation as they did not turn up on Thursday for receiving the tokens. Ms. Shilpa said that claimants reserve the right to get higher compensation and they will not be displaced from the place where they have been rehabilitated, till they are paid the compensation amount fully.

Thanking the Karnataka Legal Services Authority for standing by the affected victims, Chandrahas, who lost his house and farm in 10 cents of ancestral property, said that the authority has given hope for residents who were totally distraught following the incident.

“Two months ago, my father passed away. He was mentally disturbed following the garbage slip and subsequent relocation to the quarters (of Karnataka Housing Board where affected families are relocated). We are yet to come out of the trauma (caused by garbage slip),” said Jayanti who came with her mother Lakshmi to complete the process.

Ms. Shilpa said that she will submit a report to the High Court on Friday. The DLSA will also place before the court its objection to the way interim compensation amount has been arrived at.

Mr. Sridhar said that the city corporation will abide by directions of the High Court with regard to paying compensation. 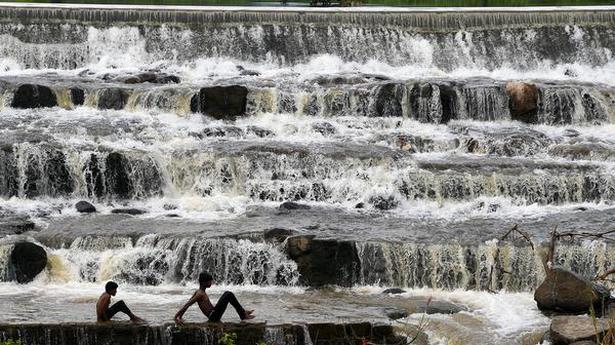