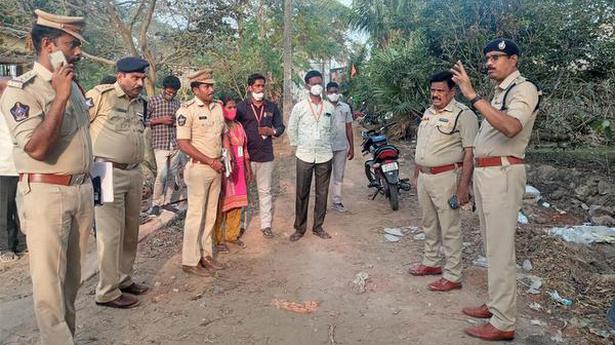 
Police have identified 3,004 suspected trouble-mongers, including rowdy, history and suspect sheeters, dossier criminals and political trouble mongers in Krishna district, and all of them have been bound over for peaceful conduct of gram panchayat elections, said Superintendent of Police M. Ravindranath Babu.

Security has been tightened at all border checkposts on A.P.-Telangana border to prevent liquor smuggling, flow of cash and entry of rowdy elements into the State.

Panchayat elections are being conducted in 870 villages and 1,827 polling stations have been set up. Officials identified 487 as sensitive and 386 hyper-sensitive, and six inaccessible polling centres located in island villages.

Preventive Detention (PD) Act had been invoked on five persons, who were allegedly involved in anti-social activities, ID liquor brewing and smuggling of non-duty paid liquor and gutkha smuggling.

Instructions had been given to Nandigama, Gudivada, Nuzvid, Avanigadda and Machilipatnam Deputy Superintendents of Police (DSPs) and Station House Officers (SHOs) to keep a vigil on the movement of suspicious persons.

“Cordon and search, vehicle checking and flag march was conducted in Machilipatnam, Jaggaiahpeta, Kanchikacherla, Nagayalanka, Mopidevi, Vatsavai, Kaikalur and other places. Instructions have been given to the police officers to visit the polling stations,” Mr. Babu said.