H5NI avian flu has claimed over 2,700 migratory birds in the sanctuary area in Kangra district

As many as 336 migratory birds were reported dead in Himachal Pradesh’s Pong Dam Wildlife Sanctuary area on Wednesday. In the Union Territory of Chandigarh, five birds have been found dead.

In all, avian influenza (H5N1) has led to the death of around 2,736 migratory birds in Himachal Pradesh, so far, in the sanctuary area in district Kangra of the State. In Chandigarh, the reason for the death of birds has not been ascertained so far.

An official statement from the State Forest department said that the cause of mortality in migratory birds at Pong Dam Wildlife Sanctuary has been identified to be H5NI avian influenza virus on the basis of test results of samples sent to the National Institute of High Security Animal Diseases (NIHASD), Bhopal.

“The wildlife wing of the Forest Department is working actively to control and contain this outbreak and field staff has been directed to maintain strict vigil and active surveillance on the situation. As per action plan of animal husbandry for preparedness, control and containment of avian Influenza issued by government of India, rapid response teams have been constituted and deployed for collection and safe disposal of dead birds as per protocol. The infected areas are being disinfected and sanitized,” said the statement.

In Chandigarh, five birds, including migratory birds, were found dead at Sukhna lake and its surrounding areas. The wildlife team of the Department of Forest and Wildlife on the evening of January 5 found one dead common coot bird, and on January 6, four more birds of other species, including a common crow, were found dead at the regulatory end of the Sukhna lake, said a statement.

The reason for the bird deaths has not been ascertained so far. Sample have been been sent for testing, it added.

Punjab Animal Husbandry Minister Tript Rajinder Singh Bajwa said that no case of bird flu has been reported in Punjab so far.

The State government, however, has taken all precautionary measures to deal with any situation, he said addressing a press conference here.

“People who eat eggs and meat do not need to be afraid. They just need to eat these products cooked properly,” he said, adding that the Animal Husbandry Department along with other departments of the State government was closely monitoring to ensure that sub-standard meat and fish were not sold in the market. 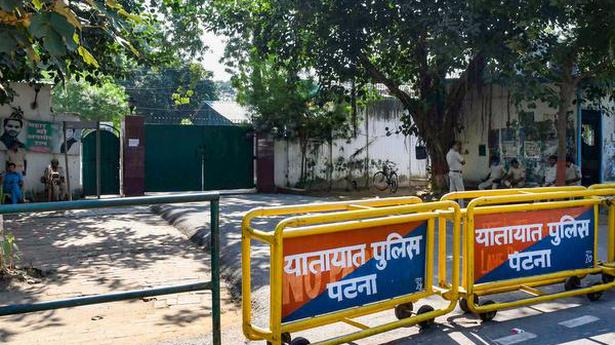