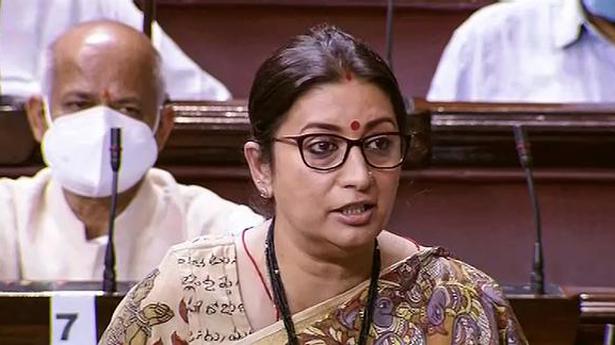 
A total of 391 complaints have been filed by employees of Central government Ministries about sexual harassment at workplace, the government told Parliament on Thursday.

These complaints were filed on the government’s SHe-Box portal, which was launched in 2017 for effective implementation of Sexual Harassment of Women at Workplace (Prevention, Prohibition and Redressal) Act, 2013. The portal is meant for government as well as private sector employees.

“Of the 391 complaints, 150 were received since January 1, 2020,” Minister for Women and Child Development Smriti Irani said in the Rajya Sabha in response to a question.

Resolution of the complaints lodged on the portal was the responsibility of the Ministry concerned as per the laid down procedures, the Minister added.

However, an analysis of 36 cases filed through SHe-Box by employees of the Ministry of Women and Child Development showed that there were only two cases of sexual harassment of women at workplace. Nearly 32 cases were “in the nature of public grievances on various matters relating to violence against women, dowry harassment, misbehaviour, suggestions, etc.” and the remaining two were repeat entries.