Healthcare workers (HCWs) in Telangana have started taking second dose of COVID-19 vaccine from Saturday. Going by the details provided by the Health department, 556 targeted beneficiaries did not take the second dose. Along with the HCWs, 1,111 FLWs received the first dose on Saturday. No case of minor or severe Adverse Event Following Immunisation (AEFI) was reported.

The immunisation drive was launched on January 16. The vaccine is administered in two doses with a gap of 28 days. The first priority was given to HCWs from government and private sector, followed by frontline workers (FLW) from Municipality, Police, Revenue and Panchayat Raj departments.

On the first day of the immunisation, 3,962 HCWs from government sector were given the jab. A media bulletin issued by the Health department on Saturday stated 3,752 HCWs targeted to take second dose on Saturday. Of them, 3,196 took the jab. That means 556 beneficiaries listedfor the second dose did not take it.

Director of Medical Education K. Ramesh Reddy was among the recipients to take the second dose. The Health department staff will resume administering the second dose from Monday. 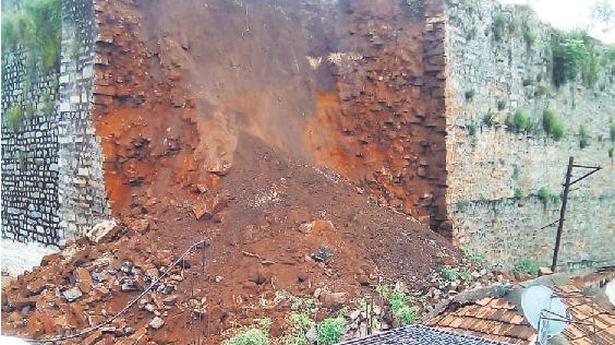