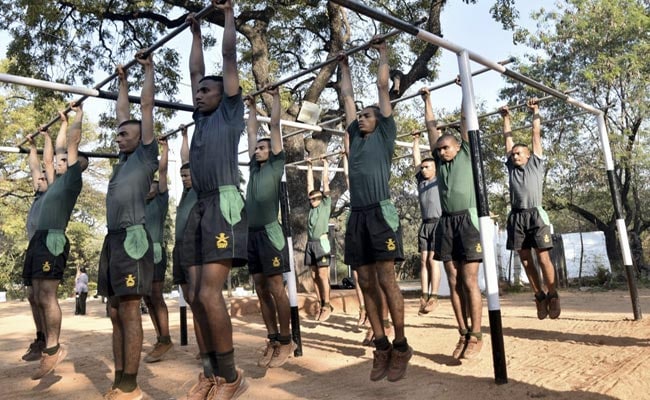 Six Agniveers will be part of the Navy’s marching contingent during the 74th Republic Day celebrations on Thursday when the ceremonial parade will take place on the Kartavya Path amid patriotic fervour.

This was stated in a statement issued by the Ministry of Defence on the eve of the celebrations.

President Droupadi Murmu will lead the nation in celebrating the Republic Day, and Egypt’s President Abdel Fattah al-Sisi will be the chief guest at the ceremonial event. The military assets which will be displayed during the parade include made-in-India equipment, showing the spirit of Atmanirbhar Bharat, officials had earlier said.

“The Indian Navy contingent will comprise 144 young sailors led by Lt Cdr Disha Amrith as the contingent commander. For the first time ever, the marching contingent consists three women and six Agniveers.

“It will be followed by the naval tableau, designed on the theme ‘Indian Navy – Combat Ready, Credible, Cohesive and Future Proof’. It will showcase the multi-dimensional capabilities of the Indian Navy, ‘Nari Shakti’ and key indigenously designed and built assets under ‘Aatmanirbhar Bharat’,” the statement said. The ceremony will commence with Prime Minister Narendra Modi visiting the National War Memorial and paying tributes to the fallen heroes by laying a wreath. Thereafter, the prime minister and other dignitaries will head to the saluting dais at Kartavya Path to witness the parade.

As per tradition, the national flag will be unfurled followed by the National Anthem with a booming 21-gun salute. Among, the many firsts, the ceremonial salute will be given with 105-mm Indian field guns. It replaces the vintage 25-pounder guns, reflecting upon the growing ‘Aatmanirbharta’ in defence. Four Mi-17 1V/V5 helicopters of 105 Helicopter Unit will shower flower petals on the audience present at Kartavya Path, the statement said.

The parade will commence with the president taking the salute. The parade will be commanded by Parade Commander Lt Gen Dhiraj Seth, a second-generation Army officer. Maj Gen Bhavnish Kumar, Chief of Staff, Delhi Area will be the Parade Second-in-Command.

Three Param Vir Chakra awardees and three Ashok Chkara awardees will also take part in the parade, and a “veterans tableau” will also be part of it with the theme — ‘Towards India’s Amrit Kaal with a Resolve of Veterans’ Commitment’.

For the first time, a combined band and marching contingent of the Egyptian Armed Forces will be taking part in the ceremonial parade.

The contingent will consist of 144 soldiers, representing the main branches of the Egyptian Armed Forces led by Col Elkharasawy.

The first contingent in the uniform of the 61 Cavalry will be led by Capt Raizada Shaurya Bali. The 61 Cavalry is the only serving active horse cavalry regiment in the world, “with the amalgamation of all the state horse units,” it said.

The Republic Day celebrations will take place on the revamped Central Vista avenue and will be the first at the ceremonial boulevard after Rajpath was renamed to Kartavya Path last year.

This year, invites have been sent to common people from all walks of the society such as ‘Shramyogis’ involved in construction of Central Vista, Kartavya Path, New Parliament Building, milk, vegetable vendors, and street vendors etc. These special invitees will be prominently seated at Kartavya Path, the statement said.

“Building on last year’s celebrations, in the 75th year of the Independence, celebrated as the Azadi ka Amrit Mahotsav, the celebrations this year shall witness zeal, enthusiasm, patriotic fervour and ‘janbhagidari’, as envisioned by Prime Minister Narendra Modi,” the Defence Ministry said in a statement on Wednesday.

A total of 23 tableaux — 17 from states and Union territories and six from various ministries and departments — depicting India’s vibrant cultural heritage, and economic and social progress will be part of the parade on the Kartavya Path.

Other states and Union Territories which have been selected to showcase their tableaux on the Katavya Path on January 26 include Andhra Pradesh, Assam, Ladakh, Uttarakhand, Tripura, Gujarat, Arunachal Pradesh, Kerala, Maharashtra, Tamil Nadu, Karnataka, and Dadra and Nagar Haveli and Daman and Diu. This year the celebrations are being held over a span of more than a week, starting with the 126th birth anniversary of freedom fighter Netaji Subhas Chandra Bose. A one-of-a-kind Military Tattoo and Tribal Dance Festival ‘Aadi Shaurya – Parv Parakram Ka’ was organised here on January. The events will culminate on January 30, which is observed as Martyrs’ Day, the statement said.

This year, the Republic Day celebrations will see attractive performances by dancers from Vande Bharatam group from across the country, tales of bravery by ‘Veer Gatha 2.0’ participants, melodious performances by school bands at the National War Memorial, largest-ever drone show and 3-D anamorphic projection, it said.

Defence Ministry officials on January 18 had said that the government had put 32,000 tickets on sale online for the masses. And, for the first time, all official invites for the ceremonial event will be sent online, they had said.

“The Republic Day Parade, which will begin at around 10:30 AM, will be a unique mix of the country’s military prowess and cultural diversity, depicting the country’s growing indigenous capabilities, ‘Nari Shakti’ and emergence of a ‘New India’,” the statement said.

The Defence Research and Development Organisation (DRDO) will showcase one tableau and equipment. The theme of the tableau is ‘Securing Nation with Effective Surveillance, Communication and Neutralising Threats’, the statement said.

Indigenously-developed Wheeled Armoured Platform (WhAP), a modular 8X8 wheeled combat platform carried on a 70-ton trailer will be displayed by the DRDO in the form of equipment, it added.

Pradhan Mantri Rashtriya Bal Puraskar are conferred on children with exceptional abilities and outstanding achievement in the fields of bravery, art & culture, sports, innovation and social service. Eleven winning children, in jeeps, will be driven down Kartavya Path, it said.

Fifty aircraft will take part in the 74th Republic Day celebrations at the Kartavya Path that will include aerial display by nine Rafale and the Navy’s IL-38 which will be showcased at the event for the first and perhaps the last time, a senior official had earlier said. 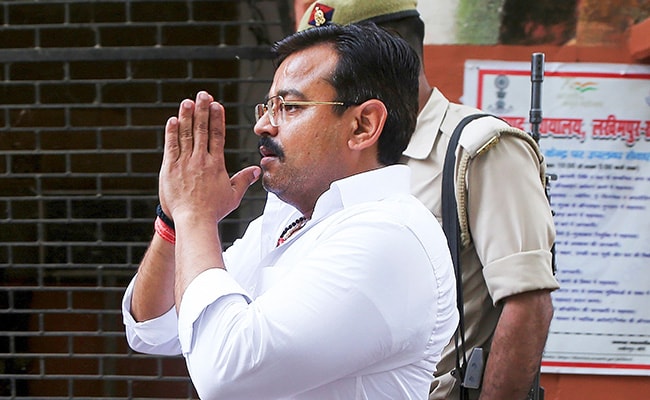 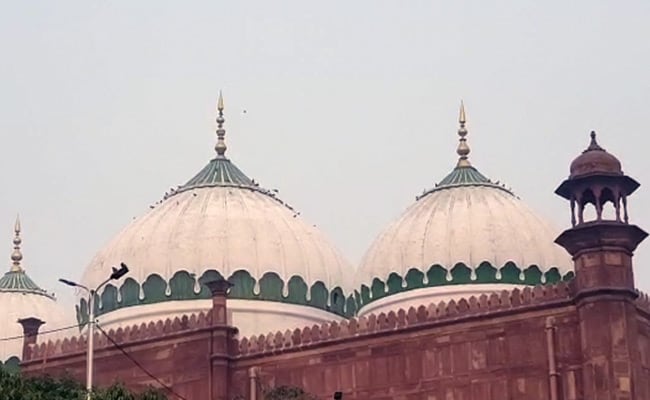