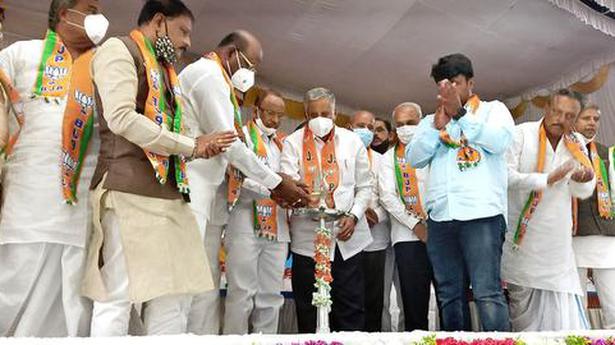 Action to be taken to release ₹ 9 cr. to complete houses under construction

Housing Minister V. Somanna has assured the people of Maski taluk, which is going to be face Assembly byelection shortly, of making Maski a hut-free constituency in the coming days.

He was addressing a party workers meeting at Bhramaramba Kalyan Mantap in the town on Wednesday.

Mr. Somanna, who is on tour of Raichur district in the last two days, said that 6,000 houses will be sanctioned under various housing schemes for Maski to make it hut-free. Action will be taken to release ₹ 9 crore to complete the houses which are under construction now.

He said that the construction of the 5 A canal under the Upper Krishna Project will be taken up once the ongoing survey process is completed.

The Minister also said that a requisition will be submitted to Chief Minister B.S. Yediyurappa to sanction ₹ 502 crore grants to complete the Nandawadagi Lift Irrigation Project and fill all tanks in Maski taluk.

“The proposed plans will help ensure the overall development of the constituency under the leadership of Pratapgowda Patil, who will be the BJP candidate in the next Assembly byelection and will become a Minister in the Yediyurappa Cabinet,” he added.

Expressing unhappiness, Mr. Somanna said that the BJP government and Mr. Yediyurappa had given Basanagowda Patil Turvihal the responsibility of handling the Tungabhadra CADA. He, however, took a wrong decision and left the party and joined the Congress. He will regret his decision after the byelection, Mr. Somanna added.

Mr. Pratapgowda Patil said that he joined the BJP at a crucial time. “In the byelection, people will bless me keeping in mind the development of the constituency,” he added.

MP from Koppal Sanganna Karadi and MLA Narasimha Naik spoke. They both appealed to party workers to work hard for the victory of Mr. Patil. 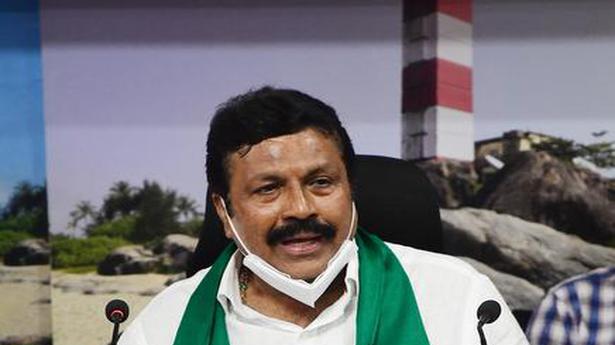 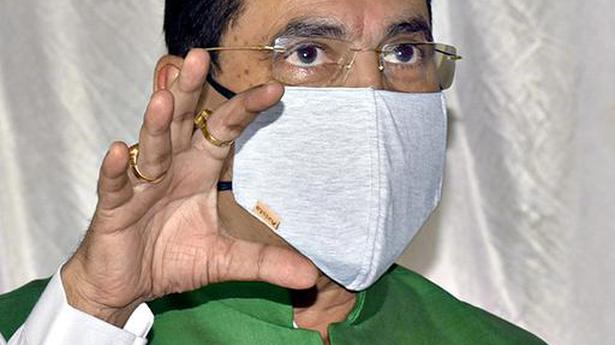 ‘We need to increase our strength in Legislative Councils, Rajya Sabha’