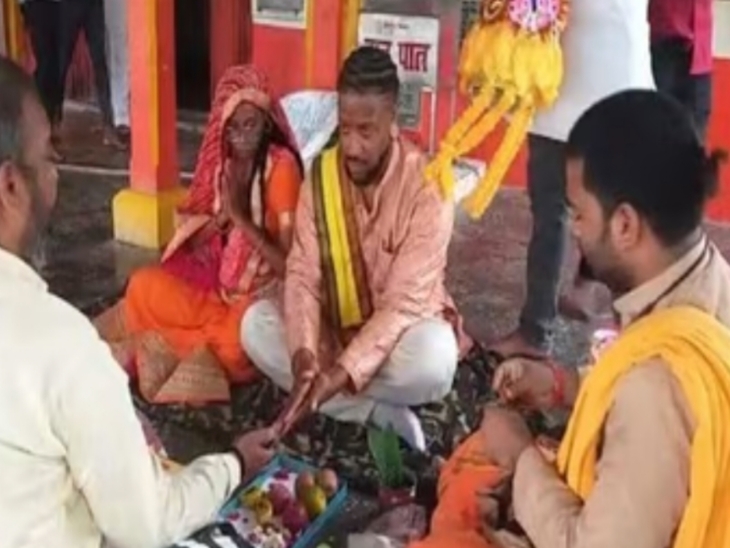 The Muslim couple who came to visit India from America got married according to Hindu tradition at the historic Trilochan Mahadev temple in Jaunpur. Considering Agni as a witness, he took seven rounds with chanting of mantras. Sindoor rituals were also performed in the temple premises. American couple in Indian costumes promised each other to be together for seven births. The American couple has known each other for the past 18 years.

In relation for 18 years

Kiymah and Kesha visit Shivling after marriage. The Shivling of Trilochan Mahadev of Jaunpur is believed to be self-styled.

horoscope made by astrologer

While visiting Varanasi, he expressed his desire to meet an astrologer from his guide Rahul Dubey. Guide Rahul introduced him to Govind. Astrologer Govind prepared the horoscopes of Kiymah and Kesha. After this both of them decided to get married according to Hindu tradition. Both also did shopping for marriage from Varanasi. To get married, the couple along with their guide reached Varanasi’s Kaithi temple for marriage on Saturday. But the marriage ceremonies were stopped in Kaithi. The guide told him about the historical Trilochan Mahadev temple in Jaunpur.

The Muslim couple along with the guide reached the Trilochan Mahadev temple in Jaunpur. To carry out the tradition of marriage, the pandit was arranged by the guide. Kiymah was seen in a light pink kurta and white pose for the wedding dress. Keshwa wore a saffron and red border saree for the bride’s couple. According to Hindu tradition and custom, both took seven rounds considering Agni as a witness. The marriage ceremony in the temple premises lasted for about 2 hours. After the marriage ceremony was over, Kesha touched her feet and took blessings from her husband.

Kiymah garlands Kesha as a bride. The Muslim couple married the Hinay tradition considering Agni as a witness.

After marriage, Kiymah and Kesha told that both are influenced by Sanatan Dharma. Even though he was born in the Muslim religion, but after coming to India, the culture here made a place in his heart. So both of them decided to get married according to Hindu customs in India itself.

The marriage was concluded with Vedic chanting.

The historical Trilochan Mahadev of Jaunpur has unique religious beliefs. It is said that the Shivling in the temple is self-styled. In the 60-70s, the length of the Shivling was 2 feet. But now it has increased to about 3 feet. Eyes, nose and face are also clearly visible in the Shivling. This temple is the center of unwavering faith for Shiva devotees. Taking a bath in the lake built in the premises is also believed to cure skin diseases. Every year a huge crowd of visitors gather here in Sawan.

The Shivling has the shape of eyes, nose and face.

Murlidhar Giri, the administrator of the temple, tells that there are popular stories about the Shiva temple. There was a dispute between Rehti and Lahangpur village over the Shiva temple. The atmosphere between the people of both the villages had come to the point of deteriorating. Panchayats were also held several times regarding the temple dispute. The elders in the Panchayat came up with a unique way of resolving the issue. He left the solution to Mahadev only.

Shivling himself bowed down

Eyes and nose are made on Shivling

Eyes, nose and mouth are made on Shivling in the temple. It is believed that this is the shape of the eyes and face of Shiva. The beauty of Shivling is made on sight. Kavadis coming out in Sawan go to Vishwanath temple of Banaras after performing Jalabhishek here. Murlidhar explains that the length of Shivling is also increasing. When his ancestors used to mention Shivling, its length was around 2 feet. They say that in the 60-70s this length was around 2 feet but now it has increased to around 3 feet. 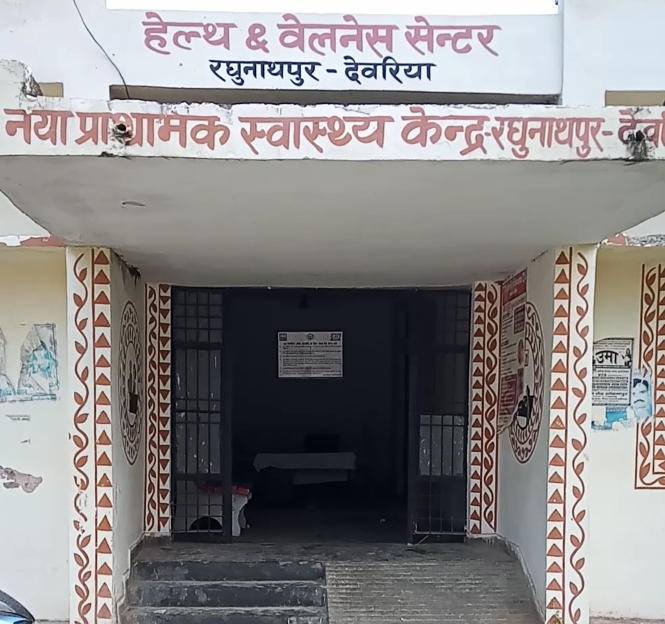 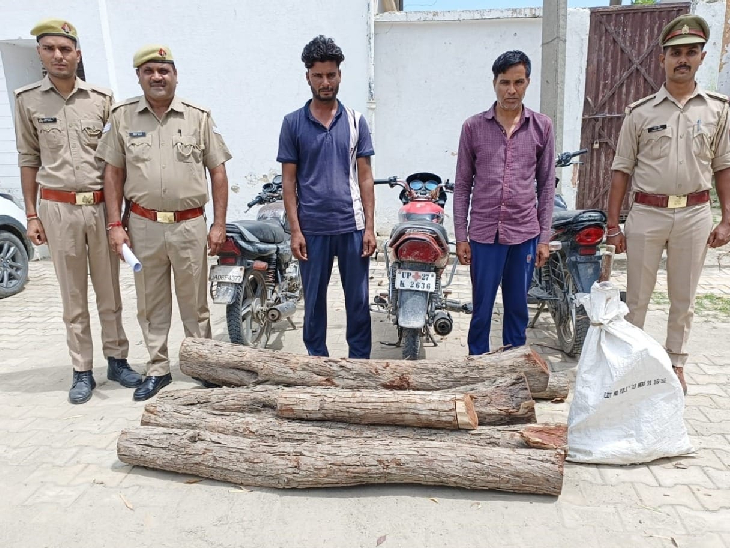 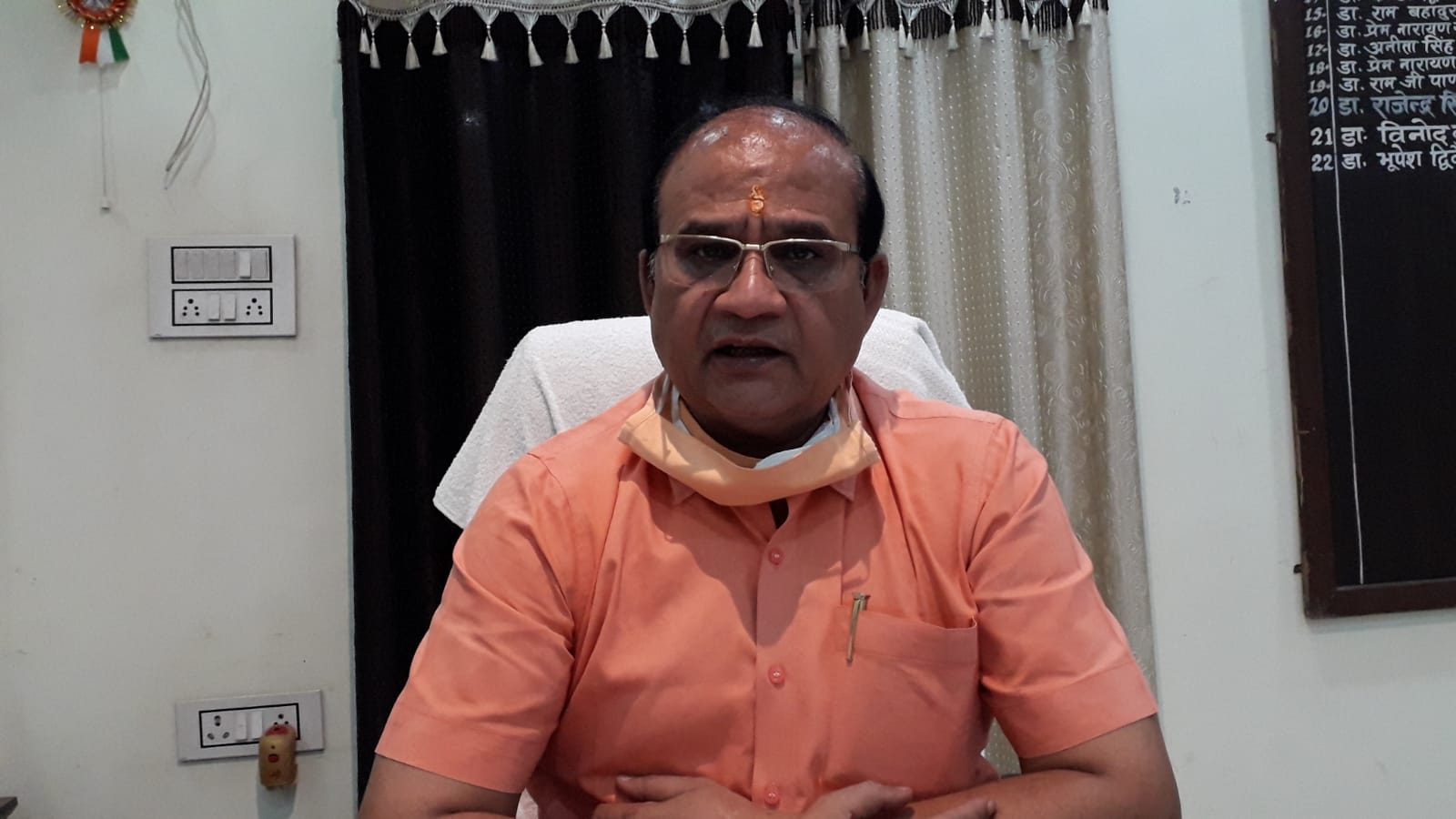