The big screen experience is set to return with Bollywood stars like Amitabh Bachchan, Akshay Kumar and Ranveer Singh announcing release dates for their upcoming films.

It was a packed, starry Friday for Bollywood with many filmmakers and studio houses unveiling the new release dates for their films, finally moving on from a period of no theatrical activity due to the coronavirus pandemic.

Akshay Kumar will feature in three movies that will be debuting in theatres this year.

First up for the actor is “Bellbottom”, an espionage thriller, which is scheduled to release on May 28. Produced by Vashu Bhagnani’s Pooja Entertainment, the film is set in the 1980s and about one of India’s forgotten heroes.Co-starring Vaani Kapoor, Huma Qureshi and Lara Dutta, “Bellbottom” was one of the first Bollywood films to resume production amid the pandemic.

Kumar, 53, will also appear in a special role in filmmaker Aanand L Rai’s “AtrangiRe”, co-starring Sara Ali Khan and Dhanush. The film reunites Dhanush and Rai after their 2013 critical hit “Raanjhanaa”, and will release on August 6.

A still from ‘Atrangi Re’

The actor’s third project is “Prithviraj”, backed by Yash Raj Films. The movie has locked the November 5 release date.

It is expected that Kumar’s much-awaited cop drama “Sooryavanshi”, which was delayed last year due to the pandemic, will be hitting the screens in 2021. However, the film’s makers are yet to announce an official date.

Bachchan, 78, announced that his sports film “Jhund” will open on June 18. The film marks the Hindi directorial debut of filmmaker Nagraj Manjule, best known for Marathi blockbuster “Sairat” and the critically-acclaimed 2013 drama “Fandry”.

A still from ‘Jhund’

The film was earlier scheduled to release in September last year, but was pushed due to the pandemic that forced shut down of theatres across the country.

Ranveer Singh’s “83” will also see the light of the day as the film will now release on June 4.

The film chronicles Indian cricket team’s first World Cup win under the captaincy of Kapil Dev in 1983, when they defeated West Indies in the final to win the championship. “83” will release in Hindi, Tamil, Telugu, Kannada and Malayalam.

Directed by filmmaker Kabir Khan, “83” was yet another major movie that was delayed because of the pandemic in 2020.

Ayushmann Khurrana has booked July 9 as the release date of his romantic-drama “Chandigarh Kare Aashiqui”, co-starring Vaani Kapoor. The Abhishek Kapoor-directed film, billed as a “progressive love story”, will see the “Article 15” actor essay the role of a cross functional athlete.

The film’s production commenced in October 2020 and the team wrapped the film in about 48 days in Chandigarh.

“Chandigarh Kare Aashiqui” marks Abhishek Kapoor’s return to direction three years after the romantic-drama “Kedarnath”. This is the filmmaker’s first collaboration with Khurrana.

Meanwhile, actor Sidharth Malhotra-starrer “Shershaah”, based on the life of Kargil hero Captain Vikram Batra, is scheduled to hit the screens on July 2. The film, which takes its title from Vikram Batra’s codename, is directed by Vishnu Varadhan. “Shershaah” also stars Kiara Advani.

On Wednesday, YRF had unveiled its slate of five films that will be releasing in 2021. 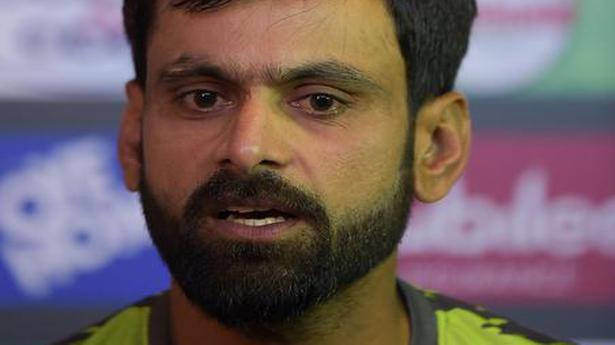 KRMB tells TS not to go ahead with 10 lift schemes