The Haryana police received 88,000 complaints on the women helpline number 1091 from January to November last year and registered cases in 2,802 complaints out of these.

Giving this information, Kala Ramchandran, Additional Director General of Police (Crime Against Women), on Wednesday said that 1091 was accessible from anywhere in the country and women police officers were deputed exclusively in each district to attend to such complaints on priority.

Durga Shakti App, the software application offering panic button for women in distress, has also gained more than 51,000 new users in Haryana during this period, taking the total count to more than 2.17 lakh.

On the complaints received through this app, the police have lodged 21 FIRs, taken preventive action in 33 matters and resolved the remaining 1,100-odd matters amicably. Even women in neighbouring States like Punjab, Himachal Pradesh, Rajasthan, Delhi, Uttar Pradesh and Union Territory of Chandigarh have installed the mobile app to seek police help in case of an emergency.

“Earlier women hesitated to report crimes against them. Now with the ease of reporting crime against women, police are addressing women’s safety concerns through new initiatives. We are constantly working to enhance women safety and make them more aware about their rights and to seek police assistance wherever necessary. In 2021, the outreach of Durga Shakti App and other women’s safety measures would be further increased,” said Ms. Ramchandran.

The Haryana Police have secured 6th place across the country under the Investigation Tracking System for Sexual Offences (ITSSO) ranking system introduced by Union Ministry of Home Affairs. “We are performing very well on ITSSO dashboard, which is an online module available to law enforcement agencies at all levels that allows the State police to undertake real-time monitoring and management for completion of investigation in rape cases within two months. Haryana Police is currently at sixth position in India with a compliance rate of 54.2%”, she added.

Ms. Ramchandran further said 33 women police stations were functioning in the State to provide a safe and secure environment to the women.

“We are also establishing Women Help Desks in 200 police stations to make the process of reporting crime more approachable and women-friendly,” she added.

Trees to be transplanted, instead of being cut, at new Tirupathur collector office site 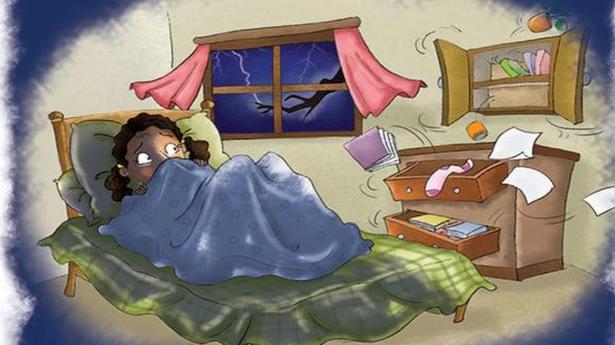 Summer’s End: What a mess!

FIR accuses the journalists of projecting that the officials were busy while the children shivered in cold. Police in Uttar