Criminal cases pending against 64%, an increase from the 58% declared in the 2015 poll

Nine out of the 11 Ministers belonging to the ruling alliance partner Janata Dal-United (JD-U) are millionaires, and four of them face criminal cases, said the 27-page report released on February 10.

Chief Minister Nitish Kumar’s Cabinet has a total of 31 Ministers, with 17 of them sworn in on February 9. Eleven of the Ministers are below 50 years of age. Sixteen of them are graduate or above in their educational qualifications. The ADR report analysed self-sworn affidavits of 28 Ministers. Details of two of the Ministers, Ashok Choudhury and Janak Ram, were not analysed as they are currently neither members of the Legislative Assembly nor the Legislative Council. Another Minister from the BJP quota, Ram Surat Rai, could not be included in the ADR analysis due to incomplete details in his affidavit available on the Election Commission of India (ECI) website.

JD(U) leader and Minister for State Water Resources, and the Information and Public Relations Department, Sanjay Jha is the richest among his Cabinet colleagues, with assets worth ₹22.37 crore. Minority Welfare minister Mohd. Zama Khan, who won in the Assembly poll on a Bahujan Samaj Party ticket but later joined the JD(U), has the lowest asset holdings valued at ₹30.04 lakh.

Ministers from other ruling alliance parties like the Hindustani Awam Morcha (Secular), the Vikassheel Insaan Party, and an Independent supporting the JD(U), too have criminal cases pending against them.

Following a Supreme Court ruling, the ECI had, earlier, ordered all political parties to publish all details of their candidates on their websites, social media handles and in national newspapers as well.

Indian democracy passing through its ‘most difficult phase’: Sonia Gandhi 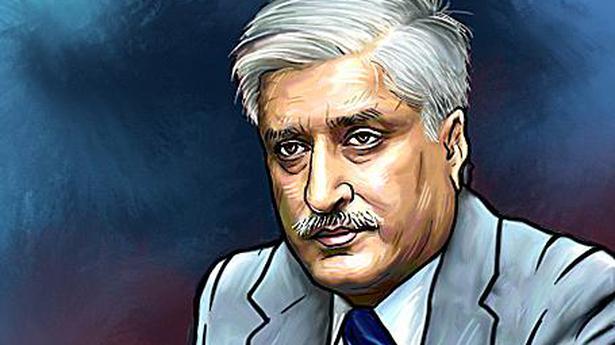 Sumedh Singh Saini | A former top cop on the run