Nutritious dinners, long walks in the jungle and relaxing massages… You may not be able to take a holiday this year, but fortunately the elephants can. Live vicariously, at the retreat for temple elephants at Thekkampatti in Mettupalayam

Lakshmi is unstoppable. She sways her body to the beat of Tamil songs on the radio. Swarnavalli basks in the sun drying her freshly shampooed hair, while Sengamalam, who became an Internet sensation for her famous bob-cut, is mud bathing. The oldest, Kasthuri, contently chews on koonthal panai, a variety of palm leaves from Kerala.

A temple elephant carrying fodder at the camp

It is a busy morning at the nine-acre rejuvenation camp at Thekkampatti, located along the banks of the Bhavani in Mettupalayam, 50 kilometres from Coimbatore. Twenty-six elephants from 23 temples and three mutts across Tamil Nadu and Puducherry are camped here for a 48-day retreat, organised by the Hindu Religious and Charitable Endowments (HR& CE) Trust. A circuit of CCD cameras track the movement of elephants at the camp while a solar-fence and eight watch towers are in place to prevent wild animals from entering the premises.

Food for elephants at the camp
| Photo Credit: PERIASAMY M

At the camp, the jumbos receive 24/7 monitoring by veterinarians and a nutrient-rich diet including varieties of fodder that includes green grass, coconut fronds, and rice balls packed with protein-rich horse gram and yellow moong.

“Healthcare makes a difference to their overall well-being,” says T Saravanan, who is walking his elephant Swarnavalli after her bath. “Along with carrot, beetroot, dates, watermelon and sugarcane, we also give chyawanprash, ashta choornam and other vitamin mixes to boost their energy levels,” he adds.

Besides nutritious food and long walks in the jungle, the camp is also about forging friendships that last a lifetime. Swarnavalli who is from Swarnakaaleeswarar temple in Sivaganga district has found a friend in Parvathi from the Madurai Meenakshi temple.

“They enjoy each other’s company during walking and bathing. These elephants are used to human presence. The place draws crowds who come to watch the camping activities,” says Saravanan, adding, “We look forward to meeting mahouts. We chat up, laugh, and have a good time.”

Temple elephants being decorated after a shower

The animals rest in turns. Once the line-up of elephants walk back after a relaxing shower, Kumudhavalli heads to the bathing bay with her mahout A Karim Sait in tow.

“We scrub her clean for two to three hours and then pamper her with a relaxing bath,” says Karim as he sprays water on her body to start the ritual. Karim comes from a family who have been mahouts for three generations. He says, “Elephants have a lifespan of 120 years. At the camp they get special food like the koonthapanai leaves which is not available in Tamil Nadu. We are eager to learn about the routine of other temple elephants.”

Open spaces and regular medical check-ups are a big draw, says Prasanth Sankarankutty who takes care of the 55-year-old Kasthuri from Palani. “The long walks in the mornings and evenings easily cover 10 kilometres and improve their blood circulation. I give her a head massage with oil to cool her down as their bodies generate a lot of heat. Every single elephant has an individual characteristic, like human beings,” smiles Sankarankutty as he hops on to Kasthuri and starts dusting off mud from her head.

The camp is a reunion of sorts for Lakshmi (the dancer) from Renugaambal temple in Thiruvannamalai who meets her niece Kumudhavalli from Vaithamaanidhi temple in Tiruchendur. “It’s been an annual ritual for 13 years ever since the camp started. They were babies when we got them from Sonapur in Assam. Bonding with her sister takes her stress away and that’s why you see her dancing and making merry,” says M Rangan, 60, who has been a mahout for four decades.

“I spent my childhood at Srirangam. I was enthralled when I saw a procession of elephants. It is my love for the mammal that made me a mahout. Show them love, and they reciprocate.”

Elephants enjoy a bath at the camp

As our walk ends, we catch Gandhimathi from Tirunelveli and Abayambigai from Mayiladuthurai engage in a friendly duel, mud bathing themselves and making trumpeting sounds. “They are thick friends,” says M Ravikumar, caretaker of Kalyani from Perur temple in Coimbatore. “So are Kalyani and Ramalakshmi from Rameswaram. Every year at the camp, they stand next to each other. I have been with Kalyani from when she was eight. She is 28 now. It’s like bringing up a baby. When you show them love, they are always kind,” says Ravikumar as he gives her trunk a warm rub. 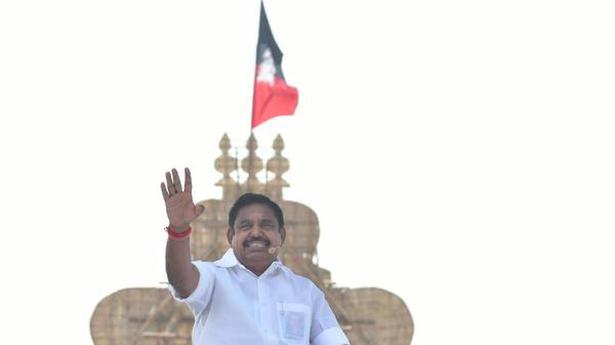