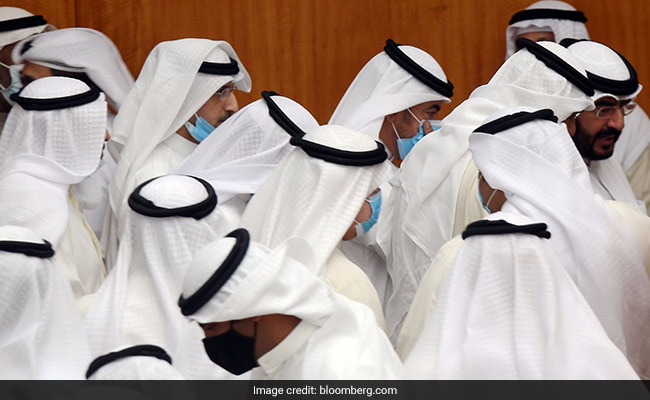 Kuwait Investment Authority board’s new term has yet to be approved.

A $600 billion sovereign wealth fund is caught in the crosshairs of a political power struggle that’s roiling one of the world’s richest countries.

The Kuwait Investment Authority, the world’s oldest state investment vehicle, has been in limbo since its board’s tenure expired two months ago. A new term has yet to be approved as political differences spill over into a disagreement over the make-up of the nine-member board, according to a person familiar with the matter.

The uncertainty now hanging over the KIA, which manages Kuwait’s vast oil wealth through two key funds, is emblematic of a broader malaise that’s paralyzed policy making, prompted ratings agencies to warn of downgrades and perversely left the government of a major OPEC crude exporter scrambling for cash. KIA officials were not immediately available for comment.

It’s all part of a deep standoff between members of the only elected parliament in the Gulf and a government whose leader is appointed by the ruling Emir, a deadlock that’s blocked the state from borrowing and left it with barely enough to pay public sector salaries. The dispute’s also delaying investment and economic reforms, including an overhaul of the welfare state the government says is needed to end eight consecutive years of budget deficits.

“The signals this sends are very negative,” said Kuwaiti businessman and economist Abdullah Al-Shami, who owns two companies specialized in medical and financial services. “It is a new low and I can justify that by saying we have two political agendas and so two economic agendas. The first is going toward new liberal policies adopted by the West and the other wants to maintain the welfare system as it is.”

Parliament speaker Marzouq Alghanim called Sunday for a special session this week to approve the budget, a pressing item currently on the assembly’s agenda. In a message that appeared to be aimed at feuding politicians, he said the interests of citizens should rise above all political differences.

Once a booming economy at the forefront of Gulf Arab affairs, Kuwait has long since been eclipsed by neighbors unshackled by elected institutions and bent on securing their seat on the international stage. Dubai established itself as the region’s business capital, while in Saudi Arabia, Crown Prince Mohammed bin Salman has embarked on an ambitious plan to remake the economy.

In contrast, Kuwait’s new Emir is already in his 80s and contends with an outspoken 50-member National Assembly dominated since elections in December by independent and opposition lawmakers representing constituents increasingly angry with the status quo and pushing a populist agenda.

The death of Kuwait’s former Emir in September left a vacuum in a decision-making machine that looks to the ruler to set the national trajectory, dashing early hopes that change at the top would imbue the country with a new sense of purpose.

“People are trying to survive in the private sector but the government has no strategy,” said Khaled Al-Ansari who is partner in a law firm and is involved in three family businesses. “The future is unimaginable. We see Dubai and Saudi trying to attract business and develop. They may survive better than us, based on what they’re doing now.”

Allegations of bribe-taking, money-laundering and influence-peddling by senior judges and officials have dominated social media in recent months, as the government embarks on an unprecedented and very public cleanup it hopes will appease critics and pave the way to fiscal reforms that can get the economy back on track.

An ex-premier and other high-ranking officials have been arrested in the anti-corruption drive, but it’s been dismissed as window-dressing by many Kuwaitis while parliamentarians are absorbed by a tug-of-war playing out in the house.

Opposition lawmakers have focused their attention on trying to unseat the speaker and overturn a government-backed vote that prevents them from questioning the premier until late 2022. They’ve vowed to block regular sessions until their demands are met, paralyzing decision-making.

“We’re calling for the Emir to intervene because we refuse to deal with a prime minister who violates the constitution and a speaker who won by government votes,” said opposition lawmaker Mubarak Al-Hajraf. “Now we have the former prime minister and his interior minister in prison on embezzlement charges. People are more convinced by our rhetoric.”

In the midst of that wrangling, parliament has paid scant attention to a bill that would allow the government to issue international bonds to finance the deficit, and have opposed any reallocation of state handouts, though nearly three-quarters of expenditure is soaked up by salaries and subsidies.

The government needs parliamentary approval for most major initiatives in its economic program, including the introduction of a Value Added Tax and an excise duty to boost non-oil revenues as well as a plan to rethink state subsidies and privatize some of Kuwait’s state-owned assets. All have been blocked for the past decade.

Running a deficit of $3.3 billion a month, the government resorted to quick-fix measures to meet financial commitments last year when oil prices plunged and the pandemic hit. If the situation continues as is, Kuwait will build a cumulative budget deficit of $184 billion over the next five years.

“There’s a real failure of leadership. The ruling transition as well as the test of the pandemic offered the opportunity to build national unity and shared purpose but that moment has been lost,” said Kristin Diwan, a senior resident scholar at the Arab Gulf States Institute in Washington. “There’s no escape from politics in Kuwait. Leaders have to build coalitions for change by working the public and the parliament. It is a strenuous test, but one with potential payoffs unavailable to more autocratic rulers.”

The economy’s saving grace, the $600 billion Future Generations Fund that’s run by the KIA and designed as a savings pot for life after oil, is also largely unbreakable without parliament’s approval. The General Reserve, used for government spending and also managed by the KIA, is now only sustained by higher oil prices.

The result is a country that despite its enormous wealth is ill-prepared to withstand external shocks such as Covid-19. The economy contracted by almost 10% in 2020, worse than any of its Gulf peers bar neighboring Iraq, a country battered by decades of war and sanctions.

Because Kuwait hasn’t experienced the generational transition in leadership seen elsewhere in the Gulf, there’s a failure to connect with younger Kuwaitis and benefit from their full potential, according to Diwan. It’s a disconnect that’s left younger generations with a sense that change is coming.

“We’re worried about the future but young Kuwaitis are more empowered now, many are trying to create their own wealth and are less tolerant of corruption,” said Anan Al-Subaihi, who has a doctorate in banking and investment. She said Kuwaitis have many ways to raise their grievances now, especially via social media, where they can criticize more freely.

“The balance of power is changing, even though the strategic direction isn’t clear.” 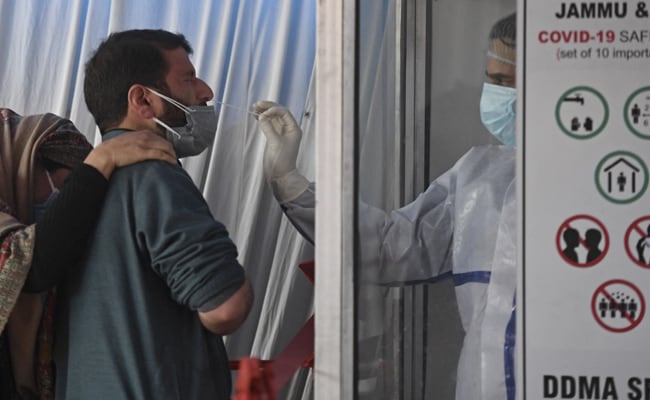