A day after the police arrested a youth and detained a minor for allegedly poisoning three young girls of a family in Unnao — resulting in the death of two and leaving the third in critical condition in hospital — the families of the girls said they were still in shock and no closer to finding out what happened.

“I will believe it when my sister wakes up and I hear from her what happened. We still want a CBI inquiry,” the brother of the survivor said on Saturday. The sole survivor of the incident is in a hospital in Kanpur, where she was admitted in a critical condition on Wednesday night.

Amid heavy deployment of police — both in uniform and plainclothes — the families of the dead girls are in shock. “Only the officers know what happened,” said the grandmother of one of the girls.

The three girls, who belong to a Dalit family in Unnao’s Asoha block are cousins, and had gone to their family’s fields on the outskirts of the village to gather fodder on Wednesday afternoon. When they did not return till late evening, their family members went looking and found them lying unconscious and with froth at their mouth.They were rushed to hospital where two of them were pronounced dead.

Inspector General (Lucknow range) Laxmi Singh said on Friday that Vinay, from a neighbouring village whose fields were adjacent to the girls’, poisoned the girls when one of them refused to give him her phone number. A minor, also from Vinay’s village had helped him move the girls’ bodies, IG Singh said. Vinay has been arrested and his confession was being verified, she added.

However, in the neighbouring village, Vinay’s sister Seema says she has never heard her brother speak about the girls.

“If he had done this, he wouldn’t have been calmly sitting at home that evening; he would have run away. He is being framed,” Ms. Seema alleged.

Vinay, the eldest of six siblings of a Dalit family, had lost his job in a bird feed making unit during the lockdown, his sister said. Since then, he had been tending to the family’s fields.

The father of the 13-year-old who has also been detained, said his son, Vinay and two others from the village were taken away by the police on Wednesday night. The IG, however, said only two youth had been apprehended in the case.

Echoing the demand of the family of the dead girls, the father said, “We want a CBI inquiry. We don’t know who has framed our children, but they will have to face God.” 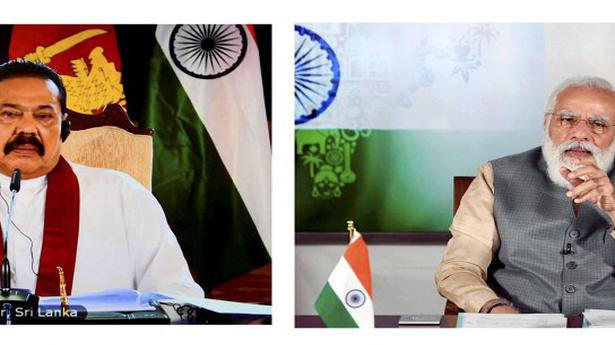