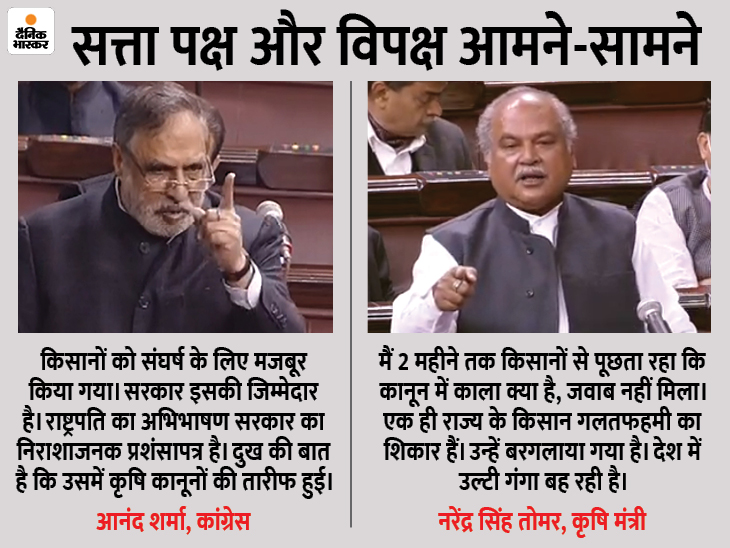 When the debate on the issue of farmers started in the Rajya Sabha on Friday morning, the MPs were seen talking for almost three hours. During this, Shiv Sena MP Sanjay Raut and Congress leader Anand Sharma surrounded the government fiercely. When the turn of Agriculture Minister Narendra Singh Tomar came, he said, only the Congress can do the cultivation of blood. However, the Agriculture Minister’s statement was dropped from the proceedings.

Only after this, Rajya Sabha Chairman Venkaiah said that public representatives should be role models in the eyes of the people. Nowadays the level of debates goes down so much that the image of the people’s representative falls in the public eye. Know what happened in the Rajya Sabha during the discussion on the President’s address …

1. Raut asked- Who is the patriot? Arnab, Kangana or farmer?
Shiv Sena MP Sanjay Raut surrounded the government on the issue of Arnab Goswami and Kangana Runot. He said- ‘Who is patriotism in our country? Arnab Goswami, because of which a innocent person committed suicide in Maharashtra? Or is Kangana Ranot a patriot? Which language did Arnab use about Prakash Javadekar? You should be ashamed that you have given them shelter. The person who has already told about the Balakot strike while breaking the official secret code, he is in the shelter of the Central Government, he has your protection. … But the farmer who fought for his right is a traitor. ‘

‘Salvation is attained by speaking the truth, but speaking the truth is also called traitor’
Raut said, ‘The one who asks questions to the government is called a traitor. Our member in the House is Sanjay Singh, he is facing a case of treason. Rajdeep Sardesai is a well-known journalist, he has been sued for treason. Journalists and writers reporting on the Singhu border were also sued under the sedition law. 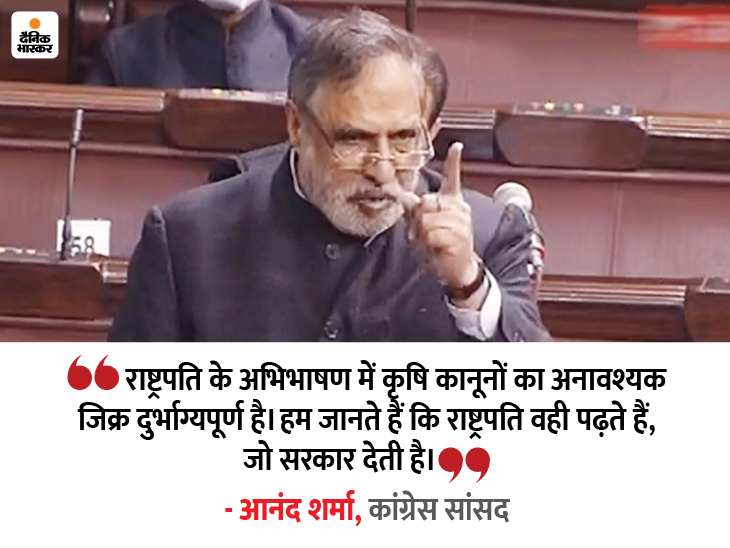 ‘Farmers forced to struggle’
Sharma raised the issue of migrant laborers and farmers in the beginning of his speech. He said that the situation in the country is well known after the lockdown. Even those whose employment went, families were devastated. The peasants were forced to fight for their rights. It has a responsible government. The President’s address stated the government’s achievement during the epidemic, but during the lockdown, migrants and millions of laborers were disturbed, forced to walk. A child was removing the blanket from his dead mother’s body at the station. This is anesthesia, but it was not discussed.

‘People should accept every decision of government, it is not possible’
He said, ‘On the one hand there is a struggle, on the other side the agricultural laws are being praised in the address, nothing can be more sad than this. In democracy, there should be a consensus, an idea, it is neither possible nor acceptable. Every policy-decision of the government should be accepted by the public and the opposition should approve it, it is neither possible, nor is it acceptable and never will be. ‘

3. Agriculture Minister said – Opposition did not skimp on us
Agriculture Minister Narendra Singh Tomar’s attitude was different when it came. He said that thanks to the opposition that he worried about the peasant movement. The government did not skimp in cursing and insisted on agricultural laws as black law. I kept asking the farmers union for two months what is black in the law, but I did not get a reply. 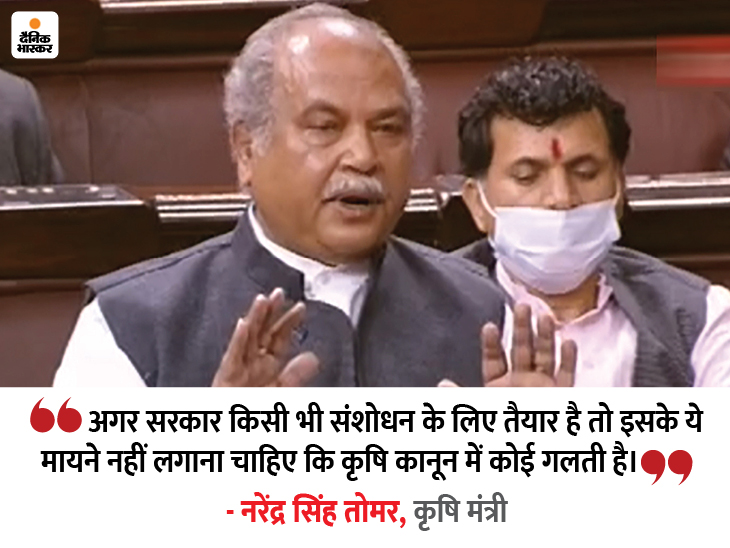 ‘Our Act abolishes tax’
The Agriculture Minister said that we have enacted the Trade Act. It provided that the area outside the APMC mandis would be a trade area. It can also be a farmer’s home or farm so that he can sell his produce from anywhere. There will be no state or central tax on trade outside the APMC. Central government act abolishes tax. Acts of many state governments force them to pay taxes at APMC.

‘Ganges is flowing in the country’
He said, ‘I especially want to ask the farmers of Punjab that we have tax free, the state government is taking tax here. Will they agitate against the tax imposed, or will they agitate against the one who is tax free? But vomit Ganga is flowing in the country today. In Punjab Act, if farmers break contract farming, there is a provision to send them to jail. This is not the case in our act. 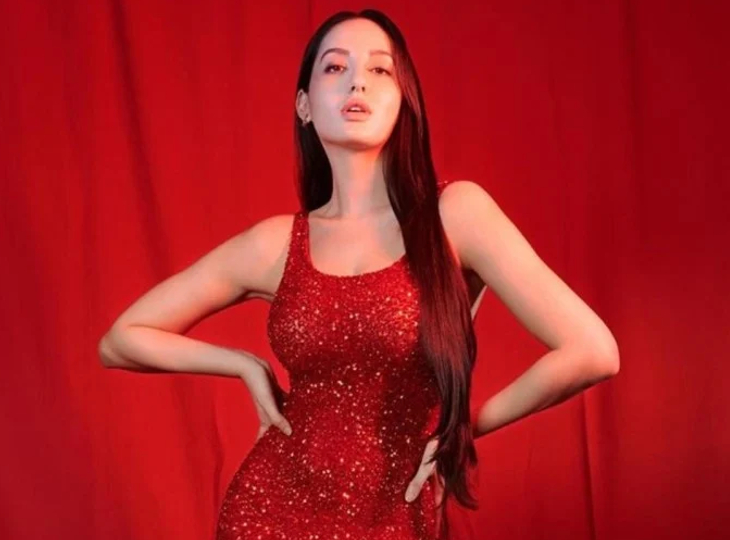 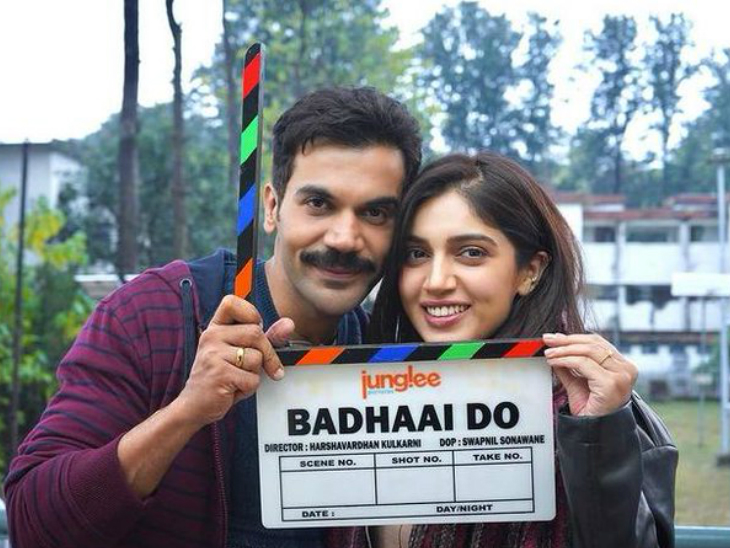 The sequel will be 2021: shooting of Rajkummar Rao-Bhumi Pednekar’s film Badhaai Do begins, sequels of these 6 films will also be made