Tamil-speaking people in the district have demanded that ballot papers for local body elections in Chittur and Palakkad taluks and Attappady region be printed in Tamil also in compliance with the government rules.

The district administration has limited the use of ballot in Tamil language to only 127 wards in eight panchayats bordering Tamil Nadu. But Tamil linguistic minorities are widely spread across Palakkad and Chittur taluks and in Attappady.

Although the government has recognised Chittur and Palakkad taluks and Attappady as special linguistic minority areas where electoral notices, rules and electoral rolls should be published in Tamil language too, Tamil speaking people there are denied this right.

M. Pechimuthu, general secretary of the Kerala State Tamil Protection Council, said that Tamil had not been considered for the electoral rolls. “At least, the government should consider the large number of Tamil-speaking people in Palakkad and Chittur taluks when printing ballots,” he said.

Mr. Pechimuthu said that Tamil minorities were not just confined to the border panchayats of Eruthempathy, Kozhinjampara, Muthalamada, Perumatty, Vadakarapathy, Agali, Sholayur and Pudur. “Even in Palakkad municipality, a majority of people are Tamil speaking,” he said.

According to Mr. Pechimuthu, although the Constitution assures equal consideration for linguistic and religious minorities, the linguistic minorities are denied their rights. The authorities too often ignore their demands.

The district-level Linguistic Minority Safeguard Committee under the chairmanship of District Collector holds nominal meetings in four months. The committee has not met this year so far. MPs and MLAs from Palakkad and Chittur taluks are members of this committee, but they rarely attend a meeting. Palakkad district panchayat president, who is also a member, has never attended a meeting.

No let-up in Kozhikode, cases soar in Malappuram

BJP to intensify protests against govt. 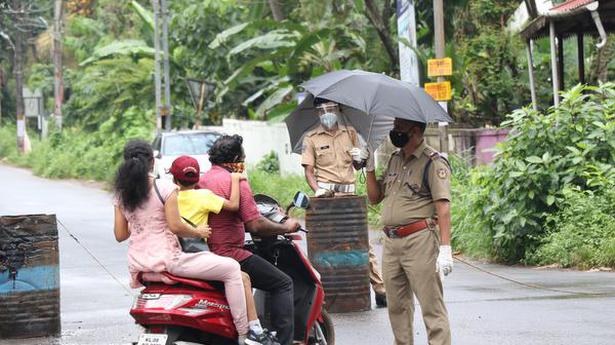