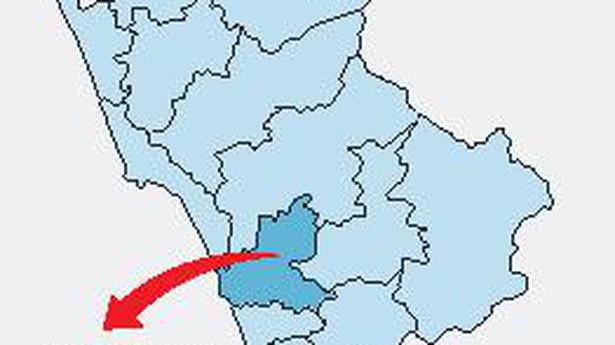 
Geographically, Elathur Assembly segment is a kind of microcosm of Kerala, with a coastal belt of the Arabian sea in the west, Korapuzha river in the north, and serene backwaters, sandy lowlands, lateritic midland, and hilly portions on its eastern side.

Demographically, this suburban rural continuum, carved out of Koduvally, Kunnamangalam and Balussery constituencies after delimitation of Assembly segments a decade ago, has 75% of Hindu population almost equally divided between Thiyya and Nair communities and over 20% belonging to the Muslim community.

In the recent three-tier local body polls, the Left Democratic Front (LDF) won all divisions, except Elathur in Kozhikode Corporation, as well as the grama panchayats, except Chelannur.

Unfortunately, the Communist Party of India (Marxist) [CPI(M)], the key player in the Left front, never got an opportunity to test its electoral strength in the last two elections. As part of the seat-sharing arrangement, the party has been offering the Elathur segment to its minor partner, the Nationalist Congress Party (NCP), for the last two terms.

On both occasions, NCP leader A.K. Saseendran won the poll battle. This time too, the LDF has given the seat to the NCP despite opposition from the local units of the CPI(M).

Also, Mr. Saseendran is drawing flak from within his party for running thrice consecutively from Elathur. Besides, the party affiliates, including its women wing, are against the candidature of the 77-year-old leader for multiple reasons including the sensational honey trap case that led to his resignation as Transport Minister in March 2017.

Further, the vote share of the NCP has been steadily declining in the constituency as was witnessed in the 2019 Lok Sabha polls. Elathur is underdeveloped when compared to its neighbouring Kozhikode North.

Ironically, his opponents of the Congress-led United Democratic Front (UDF) were from the same political entity — Socialist Janata (Democratic) and Janata Dal (United) in 2011 and 2016 respectively. However, the subsequent transformation of the party into Loktantrik Janata Dal (LJD) led it to the Left camp. Now, the Congress, which has decided to take over the seat, is still scouting for a strong candidate.