The Communal G.O. proved to be a leveller, securing non-Brahmins the space due to them in administration and politics

The social justice movement in Tamil Nadu, which began with the ‘Communal G.O.’, issued 100 years ago on this day by the Justice Party government, has come a long way. The government order, and the successive measures that it spawned over the decades, has proved to be a leveller, empowering non-Brahmins and securing the space due to them in administration and politics.

The order, issued on September 16, 1921, sought “to increase the proportion of posts held by non-Brahmins,” which also encompassed Indian Christians, Muslims and Adi-Dravidars, in the Provincial Services, including the Madras Secretariat. Before issuing the order, a resolution was moved in the Legislative Council.

“This followed in the wake of nearly four years of public education and propaganda on the subject. Prior to this, the Justice Party had demanded that the British constitute communal electorates, so that all communities are represented in the Madras Legislative Council,” said writer V. Geetha.

“They also wanted the franchise to be enlarged. In effect, the demand for reservation was posited as a democratic demand. This was not unlike what B.R. Ambedkar had sought for Dalits, in his appearance before the Southborough Committee in 1919,” she said.

It was P. Thyagaraja Chetti, who captured the aspirations of the non-Brahmins. “We are nothing but slaves in the hands of the Brahmin hierarchy. Let us educate ourselves, and in due course, we shall have our portion of government service and political power, proportionate to our strength and importance,” late Mythili Sivaraman recalled him as saying in her book Haunted by Fire.

The domination of Brahmins is summed up by N. Ram, former Editor-in-Chief of The Hindu, in an article in the Economic and Political Weekly in 1979.

“The data put together by the Madras government in 1912 showed that at the higher levels of government service, where Indians were employed, Brahmins made up 55% of Deputy Collectors, 83.3% of Sub-Judges, and 72.6% of District Munsifs,” he said in the article Dravidian movement in its pre-Independence phase.

The analysis of caste composition among those employed in 1917 in the Revenue and Judicial departments, as tahsildars, deputy tahsildars, English head clerks, sharistadars of district and sub-courts, reinforces the same conclusion.

“In higher education itself, a break-up showed that between 1870 and 1918, the proportion of Brahmins among the students enrolled and those granted Bachelor of Arts degrees by the University of Madras was in the range of 67-71%,” he quoted further from government data.

As for the proportion of candidates for the Bachelor of Law degree, Brahmins constituted 73.57% in 1919; and for the Licentiate of Teaching degree, the figure was 73.03%. The proportion was appreciably lower only in the medical field.

Ms. Geetha said the Communal G.O. proved to be a symbolic document, since the actual power of appointment was in British hands, and in collusion with their upper caste, Brahmin colleagues, they scuttled appointments successfully.

“Justice Party leaders were lamenting that the G.O. only existed on paper. Only gradually did the non-Brahmanisation of the services take place, and in fact this picked up speed only in independent India,” she said.

In the name of ‘merit’

She also recalled that it was struck down by the courts, leading to the first amendment to the Constitution.

“It is significant that in 1921, the objections to the G.O. were made in the name of ‘merit’ — that reservation would lead to a loss of merit. And this argument persists to this day, and we see here how merit is linked to birth,” she added.

According to her, the Communal G.O. impacted the composition of the bureaucracy, and not so much the legislature, and this has been a good thing, on the whole, though we all know that Dalits are mostly in the lower levels of the administration and judiciary, and this situation must change.

She rejected the argument that it had made way for “identity politics”.

“To be represented in a government is a democratic demand, and while it may be advanced on the basis of particular identities, it still relies on the political process, on democratic governance,” she added. 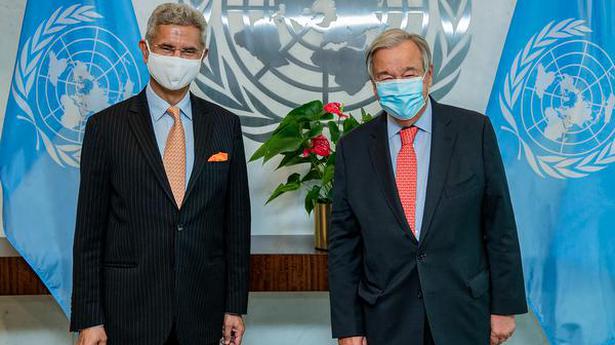