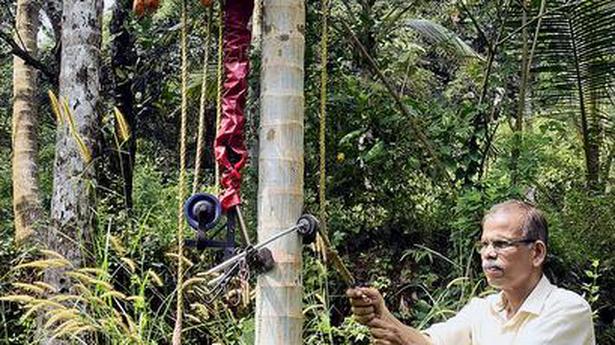 
He retired as sales tax officer in 2008. But, that was not the end of his career.

Wonder Climber, a manually operated arecanut plucker, which he designed in just four years after his retirement, won him the latest recognition, endorsing his passion for farmer-friendly innovations.

The 66-year-old also succeeded in developing improvised models of his product with the insecticide sprayer finding a good market among farmers.

“I have already sold over 3,000 machines to various buyers in Kerala and other States. There are 12 more innovative products on the anvil of which eight may get patent soon,” said Mr. Prakasan, who maintains an exclusive workshop, Prakatech, to nurture his passion, at Mayanad.

The latest product from his kitty getting ready for trial is a coconut de-husking machine, he added.

Though Prakasan had earlier been felicitated by the Kerala State Council for Science, Technology and Environment and the Peruvannamoozhi-based Krishi Vigyan Kendra for his inventions, it was the first time that a prestigious State award came to him. He said the honour would be an inspiration for emerging rural innovators.

Interestingly, Prakasan is getting enquires about his products even from foreign countries. Many are ready to buy the patented products if he is willing to export them. However, technicalities pertaining to export and his unfamiliarity with the procedures discouraged him from giving it a try.

“It will be great if the government comes up with support for rural innovators and explore the export potential of innovations. People like us have no experience or knowledge to handle such areas,” said Mr. Prakasan. “There were enquiries from Thailand, Canada, and Australia for the wonder climber, but I was really helpless to explore the option,” he added. 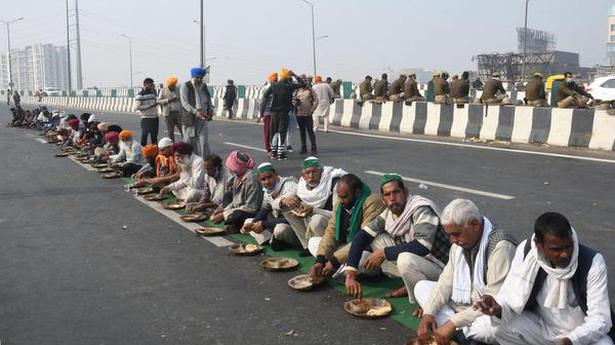 Chennai Heritage Auto Display 2021 to be held on January 10