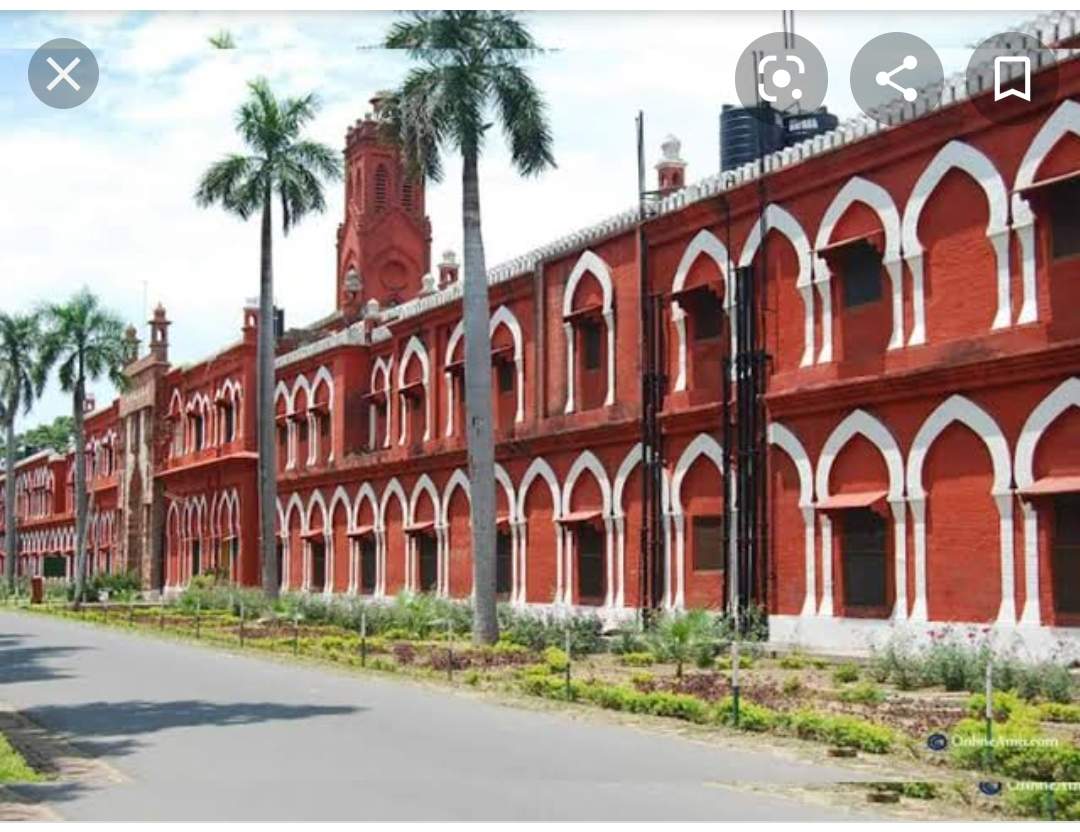 
The sun on a lazy Sunday fternoon in February at Aligarh felt soft and soothing on the skin. I chatted with a caretaker at the guest house while Dr Rahat Abrar, ex-PRO and director, Urdu Academy at Aligarh Muslim University (AMU), desperately waited for his driver at his house. He finally arrived in an SUV to pick me up.

People come to AMU with different purposes. Many come here to give tests, seek admission themselves or for their wards or give interview for jobs. My purpose to visit AMU, except the first time in mid-1980s for admission in Class 11, have always been uni-dimensional. Even if I am here for something else, I consider it as a pilgrimage and treat the opportunity as such.

So, when old friend and professor of Mass Communications Dr Shafey Kidwai invited me for his elder son’s wedding reception this past week, I saw it as yet another God-given opportunity to revisit a section of AMU that is close to my heart. It is nothing less than a pilgrimage.

“Please take me to the heritage section, the buildings and structures which came up while Sir Syed Ahmed Khan (1817-1898) was alive, ” I requested Dr Abrar.

Accordingly, our first stop was Dawakhana Tubbiya College. In the Dawakhana’s spacious campus stands a redbrick building with a massive archway. It is locked as it is a Sunday. When Sir Syed founded the Scientific Society in 1864, first at Ghazipur and subsequently shifted it to Aligarh after his transfer here as a British judicial servant, he actually planted a tree that proved to be precursor to the panacea that he found in modern education.

I don’t know how does its inside look like today, but in its heyday, the Scientific Society was a centre where literature from the West got translated and lectures and talks fuelled the minds. The Scientific Society became the forerunner to the.Madrasatul Uloom (1875), MAO College (1877) and AMU (1920). A few feet away from the Society building is an abandoned, dilapidated structure crying under the weight of apathy and indifference. This was where Sir Syed ran The Aligarh Institute Gazette from. When I remember the great contributions this multilingual but mostly bilingual (Urdu, English) paper made to growth of journalism and understanding of the last quarter of the 19th century India, my heart sink at the utter neglect it suffers today. AMU administration will do some justice to Sir Syed’s memories in the centennial year of AMU it is celebrating by restoring the Institute Gazette Building.

My love to old buildings takes me to the iconic Victoria Gate at the massive quadrangle that m housed the MAO College. Unmindful of the great structure that has witnessed history, seen princes and nawabs, heads of states, scholars and Nobel laureates pass through it, some teenage boys do stunts on bikes on the road that divides the MAO College and the garden that Sir Syed had created as part of beautification project of the campus he founded. Dr Abrar takes me to the site where a capsule containing history of AMU, PM Modi’s speech at the centenary celebrations of AMU and other important documents have been buried recently. The soil at the capsule’s burial place looks fresh and, like the nearby ancient banyan tree, this repository will be an important witness to a d source of history centuries later. How history gets transferred from one generation to another! Who has stopped the march of history?
A stone plaque near the Victoria Gate informs that this Gateway to the MAO College was originally called Sadar Darwaza. It was renamed Victoria Gate in 1914. It carries, in Arabic calligraphy, the purpose of founding the college. Since it was Sunday, this massive gate was closed and we entered the quadrangle through another gate on the Western side close to the cricket ground. On entering this enclosed area which was once a world in itself leaves you mesmerised. And this happens only to those who have read history of MAO College and Aligarh movement. Others may see it just an old, decaying relic of the past.

To the uninitiated, it is here that Sir Syed executed his plan for creating generations of modern educated Muslims with scientific outlook and rational temperament. It is here that viceroy Lord Lytton laid the foundation stone of a college which would become a cradle for a community that badly needed succour after the 1857 Holocaust. How often is it that head of a state attends the foundation ceremony of s college? But then, to Sir Syed’s wizened eyes, it was not just a college and a future university that was being seeded. It was a mindset, a movement that had received a formalisation. The college symbolised fulfilment of a quest and begining of a dream.

Several plaques outside rooms here testify to Sir Syed’s acceptance among non-Muslims. They too contributed and were duly acknowledged. Boarding houses, lecture rooms, library and the massive Strachy Hall, all have plaques that acknowledge the contributors who funded their construction. I also saw here a plaque that informs that former Sheriff of Mumbai Sir Adamji Peerbhoy donated Rs 1, 10,000 in 1906 to build the science section at the college. This must have been one of the highest individual contributions to any college in those days.

There are two buildings named after two close associates of Sir Syed: Mushtaq Manzil after Mushtaq Hussain Viqarul Mulk and Mehdi Manzil after Mehdi Ali Khan Mohsinul Mulk.These two buildings are situated according to the taste snd nature of the persons they are named after. Mehdi or Mohsinul Mulk was fond of books and writing. So the build adjacent to the Lytton Library carries his name. Mushtaq or Viqarul Mulk was very religious person and, therefore, the building adjacent to the Jama Masjid was named after him.

That brings us to the Masjid. It is a smaller version, a quarter, of Jama Masjid in Delhi. Work on it had begun in Sir Syed’s life and its design is mostly his own.

How can anyone who visits this mosque and miss a chain of chambers on the northern side of the mosque’s courtyard? Here lies Sir Syed, the grand old man of Aligarh, one of the architects of modern India, the renaissance man who was lampooned through essays, cartoons and couplets for being heretic. He was attacked for showing light amidst enveloping darkness. Facing the fury of fatwas, this great man stood his ground even as he addressed the minds.

Yes, some of his statements and utterances may have been unpalatable to many, but he was above communal prejudice and sectarian divides.

Two of those who give company to him at the small burial site have interesting stories associated with their arrival here. Mohsinul Mulk had died at Shinla and his body was being taken to his ancestral place in Tundla. When the boys of MAO College heard of it,.They reached Aligarh station and brought down the body from the train, shouldered the body to the campus and buried him beside Sir Syed.

Sir Ziauddin, a Mathematician and a former VC, died in England. Months later his body was brought here. Differences appeared between the administration and the students over the justification of according him such a prime place as his last resting place. The opinion of students prevailed and Sir Ziauddin was buried here.

As I offered the customary fateha, a prayer for the dead, outside Sir Syed’s grave covered under a bed of green grass, Iqbal’s immortal line he penned at in memory of his own mother played in my mind:

How many other mortals deserve such a fascinating tribute?

Stop self goals: Privatisation is a prerequisite to raising resources to invest in human capital 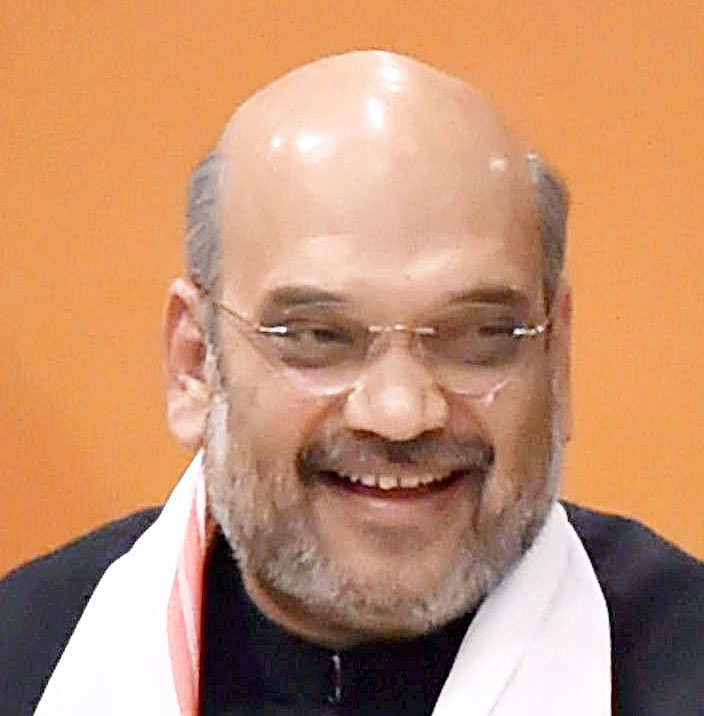 Landmark bills free the farmer: The Modi government is heralding the path for farmers to be atmanirbhar

Reading An Aggressive China: A complex set of factors lies behind Beijing’s tactics in South China Sea and elsewhere

2 thoughts on “A pilgrimage to Aligarh”