Activists say Kerala govt. should focus on strengthening existing ones instead of coming up with more projects

Less than a month after the State government launched Aparajitha, a mechanism to report cases of domestic violence and dowry-related atrocities, it kicked off a ‘Pink’ protection project that aims at tackling problems faced by women, again with police intervention.

Activists though question if the State needs more mechanisms to protect women, or should it focus on strengthening existing ones.

Aleyamma Vijayan of the Sakhi Women’s Resource Centre says multiple mechanisms only create confusion as women tend to approach all of them. However, there is no way for one to know what the status of a complaint is or who is following it up. What kind of solutions these institutional mechanisms provide is also pertinent.

She suggests a single helpline like in many other States, similar to the 1098 helpline for children. This helpline should be widely disseminated.

A Women and Child Development Department official concurs. Multiplicity of complaints prevents accurate data collection. There should be a single mechanism or portal on which a complaint can be registered and necessary services provided by the government on its basis, she says.

Focus should also be on improving existing systems, especially through better awareness, rather than depending solely on police enforcement to check atrocities. She also calls for energising panchayat ‘jagratha samithis’ so that services can be provided to women at the lowest level.

However, Ms. Vijayan points that efforts to set up the jagratha samithis have failed to make headway. It needs to be examined if a local panchayat is capable of dealing with such cases or should there be a district-level fora.

J. Sandhya, lawyer, says it is not a lack of helplines that is the problem. Nor is there any need for new police mechanisms. The problem is there is not enough action by the police on complaints of violence against women owing to complacency. The police cite the need for preliminary enquiry in cases of cruelty but nowhere does the Supreme Court verdict say cases should not be registered by the police, says Ms. Sandhya.

T.K. Anandi, former Gender Advisor to the State government, says there is need for multiple helplines for women, especially as Mitra 181 helpline alone will not be able to help all those in need. There is also little awareness of Mitra 181 or Women Protection Officers in the State. Ms. Anandi says appointment of at least one more Women Protection Officer in the districts has been recommended so that the burden on existing officers is eased.

She feels the police alone will not be able to solve problems without the intervention of Women Protection Officers. There also has to be a mechanism for handling cybercrime in the State, particularly in the pandemic scenario and with online education under way for students. 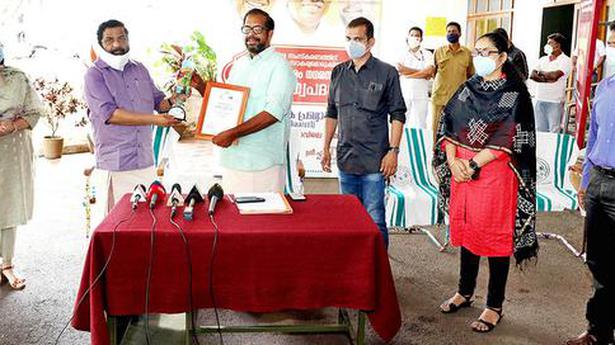