The party could not even find a face from State to campaign in civic polls: Amarinder

Ahead of the municipal elections in Punjab, slated for February 14, while the main Opposition Aam Aadmi Party had been cornering the Congress over the deteriorating law and order in the State, Chief Minister Amarinder Singh on Friday said AAP could not even find a face from the State to campaign in the civic elections.

“With just a year to go for the Assembly polls, AAP could not find a face from Punjab to campaign in the municipal election and had to drag in non-entities from Delhi for electioneering! And now they claim they’ll find a CM face that will be the pride of Punjab,” said Capt. Amarinder.

He said AAP continues to blunder its way through the State, with absolutely no understanding or concern about the problems of its people. “All they see here is another State to rule, another seat of power,” said Capt. Amarinder.

He added that AAP was an outsider in Punjab and will remain so as long as it continues to be disconnected from the State’s ground realities.

The exodus of AAP leaders and members from the party’s Punjab unit over the past two to three years is just the tip of the iceberg, the fact is that they have no roots here, said the Chief Minister. “Arvind Kejriwal’s party has no existence outside Delhi, and will soon be wiped out from there too, given their shameless collusion with the BJP, at whose behest they have been trying to befool the lakhs of farmers camping outside their city for more than two months now,” he added.

Meanwhile, Leader of the Opposition and AAP MLA Harpal Singh Cheema accused the State government of ruining the law and order situation and demanded the resignation of the Chief Minister. “AAP had raised the issue multiple times and said that the Congress could resort to violence through its goons to loot the municipal elections,” said Mr. Cheema. 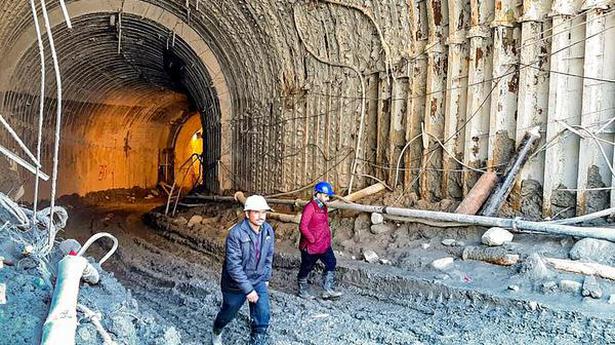 Chamoli disaster toll goes up to 71