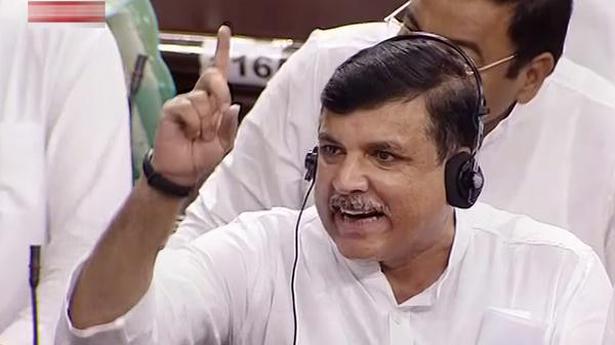 The AAP had earlier tested poll waters in the 2014 and 2019 Parliamentary elections on some selected seats in Uttar Pradesh without any success.

Asserting that Aam Aadmi Party (AAP) would contest all 403 assembly seats in Uttar Pradesh, senior leader Sanjay Singh has said it would be a mistake to consider AAP a minnow as it had emerged “stronger” than the Congress in the recent panchayat polls.

The Arvind Kejriwal-led AAP made it clear that it is not in talks with any other party for an alliance in the UP assembly election due early next year.

“Our party is stronger than the Congress in the state. While the Congress won 40 seats in panchayat polls, we scored a victory in 83 panchayats. AAP got over 40 lakh votes in these polls, where 1,600 party candidates contested,” Mr. Singh, who is AAP’s U.P. in-charge, told the PTI in an interview.

The Congress was reduced to seven seats in the 2017 elections in the 403-member U.P. Assembly.

The AAP had earlier tested poll waters in the 2014 and 2019 Parliamentary elections on some selected seats inU.P. without any success.

After coming to power in Delhi, it emerged as the main opposition party in Punjab and has been trying to expand its base in other states like Goa, Uttarakhand and Gujarat.

Delhi Chief Minister Kejriwal had himself contested against Prime Minister Narendra Modi from Varanasi in 2014 and stood second ahead of the Congress and the Samajwadi party nominees.

AAP had also contested three seats of Saharanpur, Aligarh and Gautam Budh Nagar in U.P. but could not do much.

“We are preparing to contest on all 403 seats alone. We are presently not in talks for an alliance with any other party. Our focus is to strengthen our base in the state and in the past one and a half months, we have made over one crore members,” Mr. Singh said.

“The party has made Vidhan Sabha incharges in 100-150 seats and our leaders are meeting those who want to contest,” said 49-year-old leader who hails from Sultanpur in Uttar Pradesh.

Mr. Singh, who is a Rajya Sabha MP, said the main issue to be raised by the AAP in the assembly elections “will be BJP’s nationalism versus AAP’s nationalism”.

“BJP’s nationalism is fake. Its nationalism is full of hatred and communalism. At the same time, the nationalism of the AAP is providing good education, good health, free electricity, free water, women’s security and happiness,” he said. He hit out at the BJP, claiming it was “afraid” of the AAP’s model of governance and was indulging in vindictive politics.

“Sixteen cases including that of sedition were filed against me. I got a stay from the Supreme Court in a sedition case. The BJP is doing vindictive politics. Our office here was closed by them. We are facing them strongly,” he said.

“The AAP’s model of governance focuses on education, health, education and providing basic facilities to the poor and needs. Our model is an answer to casteist and communal politics played by the BJP,” Mr. Singh said.

Providing jobs, unemployment allowance and better prices to farmers” are among the issues the party will take up, he said.

The outcome of the U.P. assembly polls is considered important as it would reflect on the 2024 general election. The opposition sees an opportunity against the BJP in the state especially due to the impact of the COVID-19 pandemic.

While the SP and BSP have already launched their election campaign to woo various communities, the Congress under the leadership of its General Secretary Priyanka Gandhi Vadra is sparing no effort to revive the party at the grassroots level.

Hyderabad MP Asaduddin Owaisi’s AIMIM, AAP andover a dozen small caste-centric regional parties have also announced that they are entering the ring in the politically significant state. Mr. Singh said they will highlight the “failures” of U.P. Chief Minister Yogi Adityanath during the past four and a half years.

“We are exposing them at the grassroots level. This government as promised during the polls made ‘Shamshan’ (cremation ground) in every village. In corona pandemic, every village became ‘Shamshan’ and people died without treatment and lack of medicines,” he alleged.

In the BJP regime, the state went “backwards” as they have “no concept of development”, he said adding that without increasing the “purchasing power” of people there will be no economic boost. 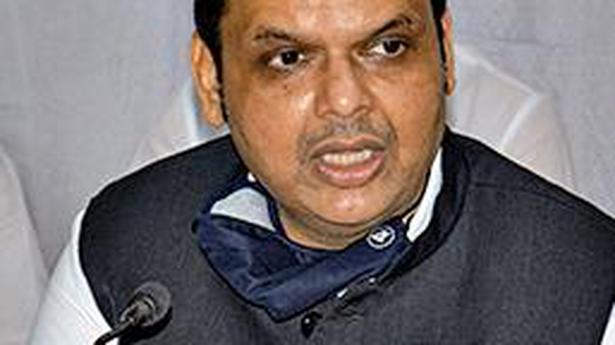 No intention of joining hands with Shiv Sena: Devendra Fadnavis 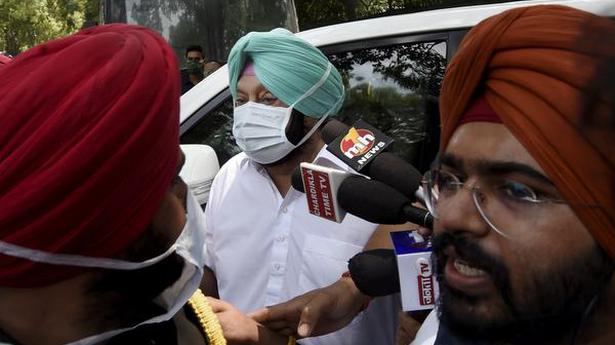