Officials of the Anti-Corruption Bureau (ACB) on Tuesday conducted raids on 36 places belonging to seven officials working in various government departments across the State. They recovered movable and immovable properties worth several crores disproportionate to their known source of income.

A team of officials raided the house of Panduranga Garag, Joint Registrar of Co-Operative Societies situated in Vijayanagar, and recovered property details of two houses and a flat, a tractor, three cars 1.6 kg of gold valuables, and ₹4.4 lakh in cash, among others.

The accused have been booked and investigations are on. 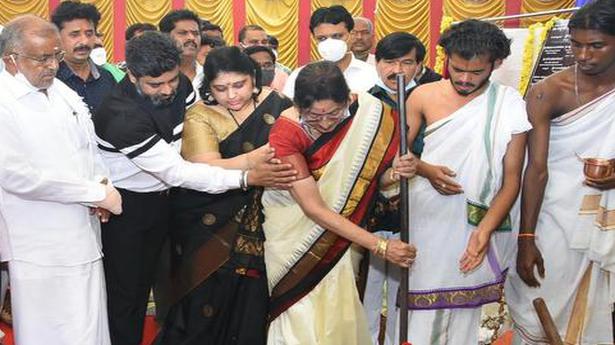 After 10-year wait, Vishnuvardhan memorial to become a reality