Years ago, when the Metro phase I project was constructed and opened to the public, disability rights activists raised issues about the lack of accessibility in stations. Despite reiterating their concerns, quite a few issues remain unchanged even in the phase I extension stations, which were opened to the public on Sunday, making it very difficult for differently abled persons to use them.

Many differently abled persons took a ride on the Metro as part of the audit on Friday and observed that from tactile strips to slippery floors, there were a host of issues. R. Manimegalai, a 29-year-old with locomotive disability, said one of the primary concerns was the floors look reflective and slippery, especially the blue tiles in various parts of the stations.

The newest stations do not have wheelchair accessible ticketing counters. Vaishnavi Jayakumar, from the Disability Rights Alliance, said the tactile strips were not connected to staircases in some places. “They should have a dark colour — since the flooring is lightly coloured — to make it accessible for those with a range of vision issues. The tactile warning in the platforms should be placed along the platform’s length for at least 2 ft,” she said. R. Thanga Maheshwari, a visually impaired person said, their walking stick gets stuck in between the holes in the drain built in the platform level.

R. Satish Kumar, a disabled person, said it was a relief that the buttons in the elevators and automatic fare collection gates were accessible in the extension stations, unlike in phase I. “But we cannot use the toilets. The flush and taps are not reachable and the soap dispenser has also been placed too high,” he said. Also, on Friday, some of the lifts were still not operational in a few stations.

Officials of Chennai Metro Rail Ltd (CMRL) said the staff would help and guide differently abled persons from the staircase or elevator to the nearest coach. Hence, a continuous tactile on the platform was not required. They said the design was based on the National Building Code, 2005, as per the detailed project report.

“To avoid slipping, we have provided grooves in the stairs. Persons in wheelchairs are given physical assistance by the CMRL staff. Hence, low-level ticket counters are not required,” an official said.

Of 18 lifts, 14 have been commissioned and once the license is issued for the remaining four, they will become operational at the earliest, he added. 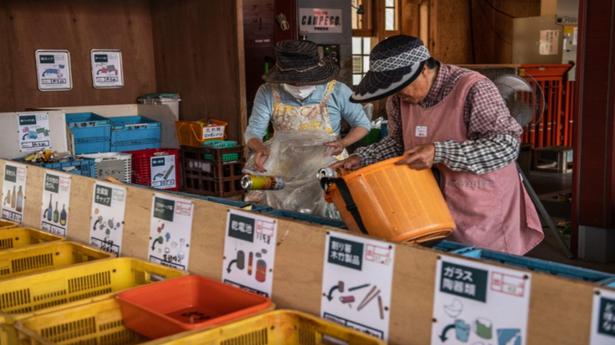