The accused in the diplomatic channel gold smuggling case formed a terrorist gang, recruited people, raised funds and smuggled gold from the UAE through import cargo addressed to the diplomats at the Consulate General of UAE, Thiruvananthapuram, according to the National Investigation Agency (NIA).

The NIA has raised the allegations of formation of the terrorist gang against the accused in a chargesheet filed at the NIA Special Court, Kochi, recently.

The accused had knowingly conspired with each other since June 2019 to become the members of the gang and facilitated the smuggling of around 167 kg of gold to India between 2019 and June 20202, it said.

The accused had the motive to gain money, by causing extensive and irreparable damage to the security and economic stability of the country. They conspired among themselves for committing the terrorist activity. They had the knowledge that smuggling of gold in large quantities to India would threaten and destabilise the security and economic security of the county and damage the friendly relationship with the UAE, according to the chargesheet.

The document also speaks about the alleged connections that existed between all the 20 accused in the case and how they financed the purchase and smuggling of gold to India. The proceeds of the sale of the smuggled gold was send back to the UAE through hawala channels to fund the purchase of more gold, it said.

Eight accused in the case would also face prosecution for the related crimes committed outside India. The Union Ministry of Home Affairs had accorded sanction on January 4, 2021 to prosecute the accused.

Police, govt. have pledged the pride of Karnataka, says Siddaramaiah 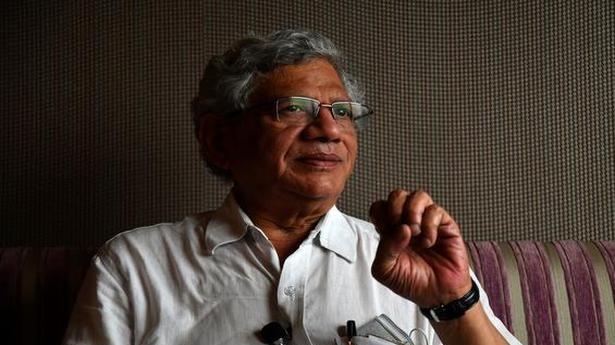