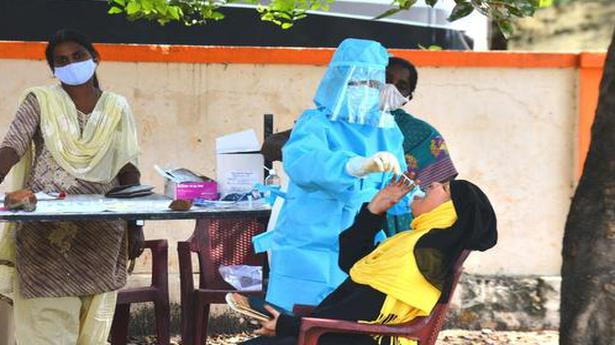 The toll remained static at 577 in Prakasam and 493 in Nellore district, according to a health bulletin released by the State Government on Sunday night. The death rate came down to 0.86% as more patients got cured in the last 24 hours when compared to fresh admissions in the region.

With 90 new cases, the cumulative confirmed cases edged up to 1,23,972. The caseload declined further to 1,547 as 149 patients were recuperated during the period. So far, 1,21,848 patients have returned home on recovery.

For the first time in the recent past, Nellore district recorded a very low 26 new cases, taking the total number of positive cases to 62,707. For the first time, the active cases dipped below the 1,000 mark. With 76 patients getting cured of the disease during the period, the caseload declined to 973.

In Prakasam district, the cumulative confirmed cases increased marginally to 61,265 as 64 persons contracted the disease in the last 24 hours. With 73 patients recovering from the illness, the caseload declined further to 574 in the district. So far, 60,114 patients have recovered from the disease.