The flowering of Dendrocalamus strictus, a tall bamboo species found in the Sigur plateau, is being harvested by adivasi groups after many decades.

The bamboo, which is said to flower any time between the ages of 25-60, before dying, has bloomed throughout the Mudumalai Tiger Reserve and neighboring Bandipur. Adivasi communities, who are allowed to collect the minor forest produce, have been harvesting the seeds, known as “bamboo rice,” for consumption, as it is known to be a rich source of protein.

Bellessi, a 60-year-old Paniya tribal woman from the village of Erivayal in Thorapalli, said that she had last collected and cooked the bamboo rice as a child. “We prepare it just like rice and consume it,” she said.

The adivasis who use the bamboo seeds, coming under the minor forest produce category, and who are permitted to use it for their own consumption, said that there was also a belief among them that the gregarious flowering of the bamboo was a portent of an adverse ecological event.

Godwin Vasanth Bosco, a restoration ecologist from the Nilgiris, said that the gregarious flowering of Dendrocalamus strictus is sometimes thought to be a stress response. “As a result, local communities believe that it could be a forewarning of a drought, while the blooming also could lead to an increase in the rat population, which in the past led to crop damage and the spread of disease,” said Mr. Bosco.

M. Francis, an agronomist from Karnataka, said that it was unlikely that the flowering was linked to any factors such as climate change, or as a stress response to a future drought event. “Bamboo is a monocarpic species, which flowers, seeds and then dies. This is its natural life cycle,” said Mr. Francis, who called on the Forest Department to also limit the amount of seed collection by the local communities. “The department should limit the collection to around 10% to 15%, and then propagate the seeds to allow for the bamboo to grow again, as they are an important source of food for wildlife,” he said.

The bamboo is one of the prime food sources for elephants and other herbivores, and there is a fear that the resulting death of the bamboo could lead to a reduction in food availability in the region for wildlife, possibly exacerbating human-animal confrontations.

“It is important that the bamboo is allowed to re-establish itself, as an invasive species of flora, Senna spectabilis is spreading in the habitat which is occupied currently by the bamboo. If the seeds are not allowed to propagate and grow, their habitats might be taken over by invasive species,” said Mr. Bosco. “The forest department should also facilitate the setting up of nurseries, where the seeds of these bamboos can be collected and grown before they can be replanted in the forests,” he added. 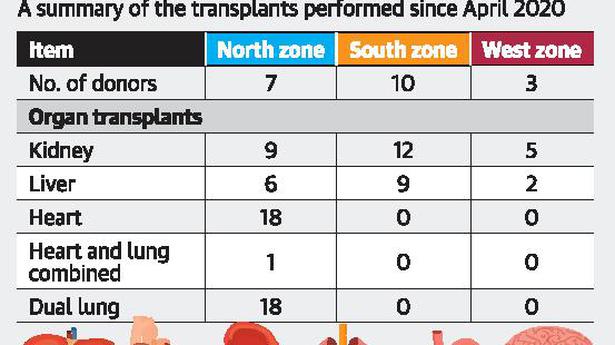