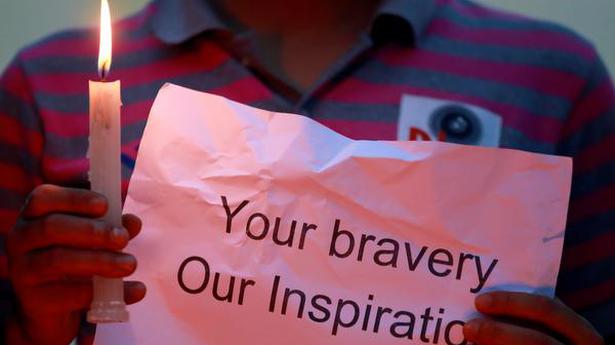 
Afghan President Ashraf Ghani on Thursday described the death of noted photojournalist Danish Siddiqui as a “great loss to the journalism fraternity”. The Afghan leader conveyed his thoughts regarding the slain, award winning photojournalist in a telephone call to his family in Delhi. Siddiqui was killed near Kandahar during a fight between the Afghan special forces and the Taliban militants.

“President Ashraf Ghani called Prof. Siddiqui, father of Reuters journalist the late Danish Siddiqui and conveyed his condolences over the death of his son to his family, friends and colleagues. The President termed his death as a great loss for the journalism fraternity,” said Aziz Amin, Special Secretary to the Afghan President.

The Afghan President was among the first to condole the killing of the Pulitzer Prize winning photojournalist who was known for his photographic reports of evolving human tragedies like the Rohingya displacement and COVID-19 devastation in India. The precise details of the conversation between the President and the Siddiqui’s family is not yet known but reports suggest that the killers had mutilated the photojournalist’s body after shooting him dead. The Ministry of External Affairs, however, did not substantiate the report that first appeared on a TV channel here.

Danish Siddiqui was killed on July 16 in Spin Boldak district of Kandahar, near Afghanistan-Pakistan border. He was flown back to Delhi to his family home and was buried in the graveyard of Jamia Milia as a mark of respect from the university community where his father Akhtar Siddiqui taught for many years.