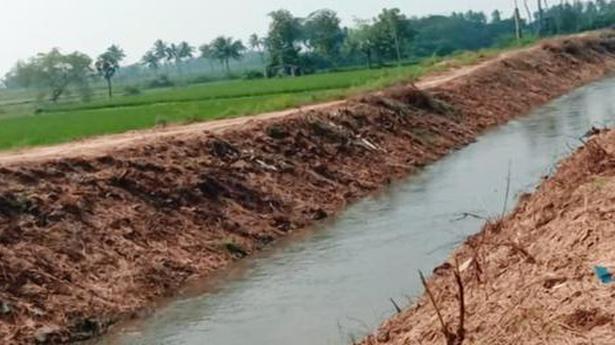 
After nearly a decade, the Water Resources Department has revived and started using Baby Canal, a channel that carries surplus water from the Poondi reservoir to the waterbody in Cholavaram, which is a buffer source for the city’s drinking water supply.

With a significant drop in inflow and dry weather predicted for a few more days, the shutters of the Chembarambakkam reservoir were closed on Thursday and about 100 cusecs (cubic feet per second) was being drawn for drinking water needs.

Similarly, sluice gates of the Red Hills reservoir were closed earlier this week, and storage is being maintained at 3,072 million cubic feet (mcft) against a total capacity of 3,300 mcft.

However, about 2,000 cusecs of water are being let out from Poondi reservoir as it continues to receive inflow from catchment areas and Kosasthalaiyar river.

Water released from Poondi reservoir reaches Cholavaram in two ways — through Kosasthalaiyar river and through Baby Canal, which was built during the British period.

It is linked to the upper supply channel near the Tamaraipakkam anaicut, which carries water to Cholavaram.

The 15.6 km-long canal will be used to carry water when the discharge from the reservoir is less.

An official said, “We improved the earthen canal that has a capacity of 100 cusecs at a cost of ₹20 lakh to ensure free flow of water. It was not used for many years as there was no necessity. We have released 45 cusecs into Baby Canal as the reservoir is set to get inflow for 10 more days.”

Baby Canal can now be used to build storage in Cholavaram reservoir even if the water discharge through the river is stopped, and the reservoir continues to get some inflow.

“We will be able to maintain the level at 34.33 ft at Poondi and also boost storage at Cholavaram, which still has capacity for 340 mcft,” the official added.

Non-implementation of farm Bills will amount to betrayal of farmers: Fadnavis

First set of vaccines expected to be administered by Pongal