When India’s 13th President and Bharat Ratna Pranab Mukherjee passed away, former Prime Minister Manmohan Singh was fulsome in his praise for his former colleague, calling him one of the greatest leaders of independent India. Mukherjee’s long stint in government is undoubtedly a standout achievement, but here’s an intriguing question: is Manmohan Singh even more deserving of the Bharat Ratna than his former finance minister?

Consider the following: Mukherjee held the finance portfolio twice, but his budgets didn’t really break fresh ground. In fact, the retrospective tax legislation that he brought in 2011 was responsible for a grave loss of confidence in India’s financial policy. Mukherjee was an instinctive socialist of the 1970s Indira-era, a politician of the licence-permit raj who believed the state was the master of the economy.

By contrast, when Manmohan Singh became finance minister in 1991, he created a seismic shift in India. Backed by the wise P V Narasimha Rao, Singh boldly freed the economy from the stifling controls it had laboured under for decades. The Budget of 1991 became a herald, a defining moment for independent India when a liberal democracy pushed back the colonial control-freak state. Singh was a genuine liberal reformer, stating, “The market must be freed from too much policing and a daddy-knows-best attitude.”

Nor was Manmohan-economics just about berserk, glitzy urban consumerism. Between 2006 and 2016, during and immediately after the decade when Singh was prime minister, India lifted 271 million out of poverty, according to the UN. Today, several of the pro-poor schemes pushed (and hectically publicised) by the Modi government — Aadhaar card, financial inclusion, MNREGA — draw directly from the Singh years.

Yes, allegations of large-scale corruption blighted UPA 2, and diminished Manmohan Singh’s stature, reducing him to a hand-wringing helpless figure unable to enforce his authority. Yet while ministerial corruption took their toll on his government, no taint attached to Singh personally and he was never accused of any personal aggrandisement. In fact, the manner in which Singh kept his family completely separate from his political life is a role model for the political class.

Finance ministers in India have often been accused of being proximate to certain corporate houses. But Singh has never been accused of cronyism or being linked with any particular business house. The vilification campaign against Singh targeted UPA ministers, but even the most zealous anti-corruption crusaders couldn’t dig out any personal dirt on Manmohan.

Pranab babu was a skillful political negotiator, and an effective troubleshooter during the UPA. By contrast, Singh was a reluctant politician who never won a Lok Sabha election and lost the only time he contested. Yet Singh doesn’t belong to the naamdaar socially privileged elite; his modest origins make his achievements even more noteworthy.

He was born in a Punjab village in pre-Partition India, lost his mother as a child and by sheer dint of hard work and scholarship grew to excel in his studies, obtaining a first class degree from Cambridge and then a doctorate from Oxford. Long before Modi, the chaiwallah’s son, there was Manmohan, the son of rural Sikh migrants. It was academics that brought him into public service in India when he could have easily opted for lucrative positions in western universities.

Singh is a frontiersman of the modernist progressive Nehruvian enlightenment in India, resisting the undertow of religion, mythology, linguistic chauvinism and caste, (and suffering politically as a result). He publicly apologised for the 1984 anti-Sikh riots. The Indo-US nuclear deal which he crafted not only opened a new window with the US, but the UPA’s win in 2009 was almost entirely due to Singh’s prime ministership, not to any achievements of Rahul Gandhi as the Congress tried to project.

By awarding the Bharat Ratna to Pranab Mukherjee, the Modi government honoured a politician who had reached across the aisle, even engaged the RSS in vaad, vivaad, samvaad. True, Singh would never have become Prime Minister if he hadn’t been appointed by Sonia Gandhi, yet to brand him a “Sonia appointee” and, hence, deny him the country’s highest civilian award is to be unfair to someone whose accomplishments far outweigh the failings of his final few years in government.

Perhaps the Bharat Ratna should ideally not go to politicians but instead honour eminent citizens like corporate philanthropist Azim Premji. But if a politician is to be chosen and if the Modi government wants to show itself as standing above bitter party politics, then after Pranab Mukherjee there can be no better candidate for Bharat Ratna than Manmohan Singh. 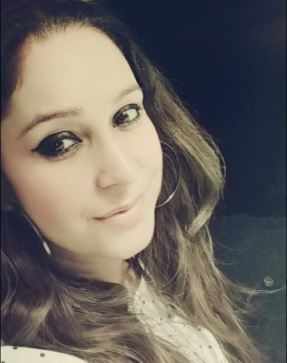 Telepathy: Communication beyond time and distance 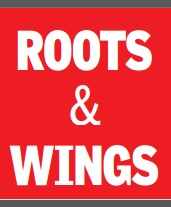 India in 2020 – Pandemic’s lesson to big government: Consult everyone, focus on public goods