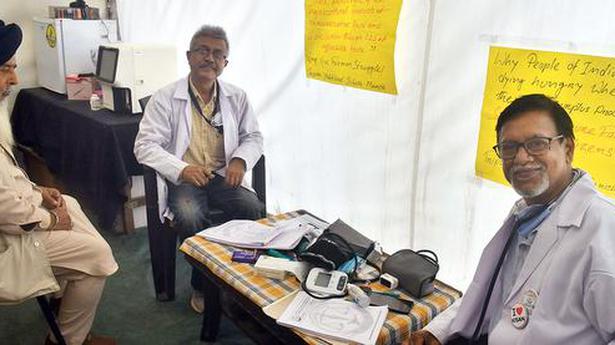 News
February 12, 2021 Divya Bharat 0 Comments along with Dr. Ashish Rai Chaudhary, has been attending patients at the Singhu border, The 64-year-old from Tripura

The 64-year-old from Tripura, along with Dr. Ashish Rai Chaudhary, has been attending patients at the Singhu border

A 64-year-old doctor from Tripura, who is suffering from motor neurone disease, has been offering his services in a makeshift hospital run by Life Care Foundation at the Singhu border since last Sunday. Kishan Rai retired in 2017 from an Agartala hospital as Senior Medical Officer before he started working in public healthcare. Now, Dr. Rai, who claims to have treated more than 700 COVID-19 patients, is doing his bit for the protesting farmers.

The service, he says, gives him immense peace. “I could not sleep at my home after seeing the news of farmers staying on the road in biting cold, weather and rain. I contacted my doctor friends who knew people here and they told me that there are medicines here but experienced doctors are not enough,” he said.

He was also concerned by the death toll, as more than 200 farmers had died, and many of them due to heart attacks. “I thought of coming here and screening people of any possible heart condition. We have taken ECG of about 40 people every day so that any such condition can be treated earlier or referred to a better centre,” he said.

Dr. Rai lost his wife over two decades ago. So his son, who works in South Africa, was worried when he told him about his decision. “He was scared if something happens to me. But I knew nothing would happen,” he said.

His satisfaction only grew once he reached here. “Every day, I am enriched by meeting the warm people of the Sikh community. It feels like all the sins of this lifetime are being washed out,” he said.

With him has come Ashish Rai Chaudhary (62), a rheumatologist, who is associated with Tripura Yuktibad Bikash Mancha. “We demand food, security and nutrition for all. If farm laws come into force, farmers will be at a loss and ultimately, people won’t get nutrition. This is a great movement and with our small effort, we are trying our best,” he said.

Dr. Chaudhary said he felt it was their responsibility to be a part of this movement and “moreover we wanted to know if what is being shown on TV channels is true or not”. For instance, they saw on TV that the Ghazipur protest site is empty but when they visited the premise on Thursday, they realised “it was a lie because there were so many people”.

He said that he has been practising telemedicine for the last 15 years in which he meets the patient once and then stay connected with them online. “This increases outreach because of which I am even able to reach rural areas. Here also, I am sharing links with them so they can stay in touch with me for follow up. This is not a one-time thing,” he said.

His wife, an agricultural scientist, was ill, but she insisted on him going to the protest site. “My wife is ill and still she asked me to come [here]. Because this subject has been discussed at our home and we thought it’s our responsibility,” he said.

Both doctors urged people and their friends back home to not only send donations but also come and serve people. Now, NRIs stranded in India want to fly back 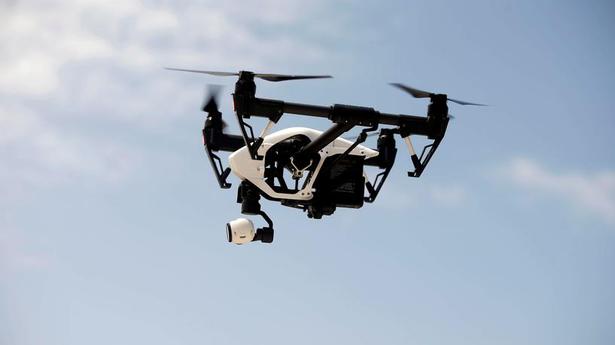 EU looks to drones, space communication to get ahead in tech race