Despite continuing talks and agreeing for yet further talks we remain static where we had been without any concrete breakthrough. There appears every possibility of yet another good intended agitation going futile which otherwise has had the unique potential of getting great fine-tuning of recent agri-laws for the greater interests of farmers.

There are many examples of protests achieving their demands fully or partially as also protests having demoralizing effects on the society either in the face of arrogance of the govt of the day or stubbornness of the agitating leaders misconceiving the strengths and weaknesses of the agitation.

Failing of a well-intended agitation always has an unspeakable adverse impact on the very concept of dissent in a democratic society. There also have been agitations beginning with good intents but losing the direction in the way and going eventually under the debris of history.

Ongoing agri-agitation too began with great hopes – being one of the greatest in recent times and even the fence-sitters did have some hopes of some very positive outcome both in terms of the demands and also in terms of the protest becoming successful having tough bargaining with otherwise seemingly not much responsive BJP dispensation at the centre.

But as the time progressed it became clearer day by day that the leaders were losing the direction and the agitation getting trapped, bluntly speaking, in anti-Narendra Modi campaign with motives apparently other than the perceived farmers’ interests.

One must not have forgotten that the agitation began mainly with the demand of protecting the institution of APMC and guarantee for continuance of MSP. The govt, at the outset, appeared reluctant to discuss and concede this and a showdown appeared imminent.

The entire opposition, so-called liberals, left intellectuals and academicians felt like the agitation would rather be able screw Modi govt. They felt the govt would look the other way, suppress the agitation and they will get the opportunity of chest throbbing before the people at large calling names the Narendra Modi establishment. They started doing everything to add fuel to the emerging fire.

That the centre, albeit initial reluctance, came out with all the positivity while engaging with the farmer leaders has changed the entire game plan, perception and outlook of both the govt and the agitation leaders.

Now what was visible was the eagerness of the govt and its preparedness to go to any extent to clear farmers’ apprehensions and also accept almost everything other than total repeal of the three agri-laws.

What the farmer leaders are not able to understand and conceive at this juncture is that they are losing a great opportunity of writing a golden chapter of farmers’ agitation of free India.

The positive vibes from both the sides during and after the 30th Dec talks would be worth mentioning. Both sides felt that a settlement was round the corners.

The comments and responses of farmer leaders too went on to suggest that they were prepared to accept certain alternatives to total repeal of the laws. But right the next day, by 31st afternoon, itself the agitation leaders’ tone changed and they talked only of immediate total repeal of the Acts ‘through ordinance route’.

It would not require any mental exercise to guess what transpired and made the agitation leaders so adamant while observing the statements of Congress and Akali leaders after the 30th talks.

The outcome of the 4th talks stood already crafted 31st onwards. The overall atmosphere of the talks itself simply lacked the warmth of 30th and the positivity just disappeared. The leaders visibly went back to stubbornness of rigidity. Nothing was supposed to come out of this talk the way it commenced at the first place. The silver lining, however, is still there as they agreed to talk further. Kudos to the centre which still stays positive and hopeful of a sound settlement.

Few points made out from the govt side are worth noticeable which need to be taken note of by farmers who have still not joined the agitation as also the people of the country at large. One, the govt agrees to discuss the Acts clause by clause – the pros and cons of each of them.

It also agrees to listen to and discuss each of the apprehensions on it of the clauses and is also prepared to tweak them if required. Two, the govt feels that the Acts are applicable to the farmers and other stakeholders of the entire country and that since the agitators are overwhelmingly from two states the govt would need to take care and gauge the feelings of farmers at large spread across the country and, three, the govt is prepared to form a committee giving proper representation to the agitating farmers to go into details of the entire things and come out with a consensus recommendations.

In all reasonableness, there would hardly be any agitation which would not accept these govt initiatives. Acceptance of two of the demands in totality on 30th certainly goes on to prove the positive intentions of the centre. There is virtually nothing which practically stops the leaders to strike a deal making the agitation a remarkable milestone in the history of farmers’ agitations.

SAD is already trapped in a dilemma – it finds itself nowhere. Its decision to desert the govt and the coalition was ill-thought and politically hugely miscalculated. It has its own regret and frustration of miscarriage of its judgment of the situation and would do everything to spoil any atmosphere of reconciliation for any agreement would finish them politically at least for the time being – the credits would go to BJP and the residue would be claimed by Amrinder Singh and Co.

Sonia’s – Rahul’s Congress is vomiting poison every day. Congress always tend to forget its deeds – especially how it handled protests, dissents and agitations.

From lathi-goli to sadhus to crushing JP agitation to midnight police charge on Baba Ramdev – its history of governance is riddled with suppressing agitations in crude manners. People do remember these suppressions and sufferings meted out by successive Congress governments. Congress, therefore, hardly has any locus-standi of talking in support of any agitation.

However, if a settlement is not reached both – SAD and Congress – would politically gain as they would have the edge of making allegations and attacks on the govt which would provide them with certain ammunitions especially in various impending state elections.

The three farm Acts remain the well thought, well discussed and broadly accepted and possess the huge treasure of most worthy reforms. These reforms must not be compromised in any manner.

These Acts are going to set in motion an active process of transformative reforms and would virtually change the way we do farming and farm trading. The agitation has made people more aware of the benefits of these Acts and farmers and people at large have come to accept them.

Moreover, repealing the Acts would be an insult to the Parliament and the people at large and would simply undermine the democratic ethos and spirit.

The trade unions had protested vehemently the computerization. In many establishments, the packages of computers were not allowed to be opened and installed for months together. They said it would eat away the jobs and make the lives of people miserable. What is the reaction of those trade union leaders today who themselves carry laptops with them now and perhaps cannot imagine a life without them? Great reforms always come with huge turbulence and the society has to proceed through this.

If today SBI and HDFC co-exist and excel with the people having full freedom to bank with any, tomorrow APMC and private yards too would flourish, compete and excel. Let the wisdom prevail over passion!

How to make your videos stand out 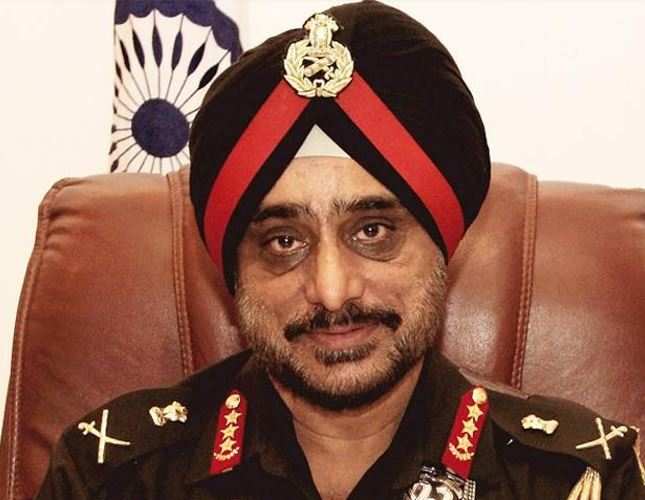