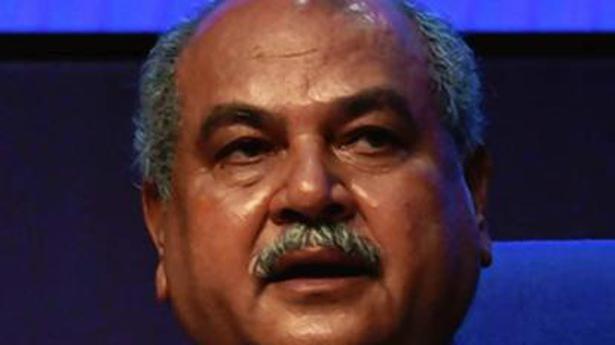 
The Agriculture Ministry signed agreements on Tuesday with Reliance’s Jio Platforms, ITC, Cisco, NCDEX e-Markets and Ninjacart to develop agritech solutions using its National Farmers Database which includes information of 5.5 crore farmers. Microsoft, Amazon and Patanjali are among the companies that signed agreements for similar pilot projects earlier this year.

This is part of an effort to modernise the agriculture sector by infusing new technologies so that farmers can increase their income, Agriculture Minister Narendra Singh Tomar said while signing the Memoranda of Understanding with the companies’ representatives, according to an official statement. Pilots could be scaled up to a national level if successful, the Ministry had said earlier.

Reliance’s JioKrishi platform provides services to create a data-driven farmer ecosystem, enabling analysis of farmers’ specific soil conditions and irrigation needs and connect them to experts as well as educational videos. Under its agreement with the Agriculture Ministry, it will roll out a primary intervention module in the Jalna and Nashik districts of Maharashtra as a pilot project.

ITC has proposed to build a customised ‘Site Specific Crop Advisory’ service using digital crop monitoring hosted on its existing e-Choupal platform, supported by an on-ground handholding ecosystem. Its pilot will be implemented in identified villages of the Sehore and Vidisha districts of Madhya Pradesh and support wheat crop operations, according to the statement.

Ninjacart, a fresh produce supply chain company operating in 11 major cities, will develop a platform to coordinate all participants in post-harvest market linkages, aligning processes for multiple supply methods depending on specific produce needs. It will conduct ‘proof of concept’ projects at Chhindwara and Indore in MP, and Anand in Gujarat.

These pilot projects are part of the Digital Agriculture Mission and will draw on the National Farmers Database which already includes 5.5 crore farmers identified using existing national schemes. The Centre has asked States to attach their land records to the database, to grow it to 8 crore farmers by the end of the year. Some activists have raised privacy and consent concerns about corporates accessing such a database, as well as the exclusion of tenant farmers. The Centre has said it is working on a data policy for the agriculture sector to ensure privacy of farmers’ personal data shared with private organisations.