‘Never has a State govt. helped those cheated by a private firm’

People who were duped of their money in the AgriGold chit fund scam gathered here on Sunday morning to express their gratitude to Chief Minister Y.S. Jagan Mohan Reddy for coming to their rescue.

“We would like to thank Mr. Jagan Mohan Reddy for showing empathy towards our cause and paying back the money that we had invested in AgriGold,” said a victim.

Member of the Legislative Council and convener of AgriGold Victims committee Lella Apireddy said that the Chief Minister disbursed ₹905.57 crore to those who deposited amounts less than ₹20,000 in AgriGold Chit Funds.

“Mr. Jagan Mohan Reddy showed a big heart by coming to the rescue of those cheated by AgriGold, a firm floated during the TDP regime. Nowhere in the country hasa the government come to the aid of victims cheated by a private firm,” said Mr. Appireddy.

This marks a crucial stage in redressal measures ever since the scandal over the AgriGold Chit Funds broke out in 2017. The firm was floated in 1995 and drew 32 lakh depositors from Andhra Pradesh, Telangana, Karnataka, Maharashtra, Orissa, Chhatisgarh and Andaman and Nicobar islands. The firm drew ₹6,380 crore from the depositors. As the deposits were not returned even after the expiry of the due date, the depositors booked cases against AgriGold at several police stations across the State.

The YSR Congress party had supported the victims who had taken to the streets demanding justice. Mr. Jagan Mohan Reddy had met the victims during his padayatra and included their demands in the party manifesto.

In the first Cabinet meeting, Mr. Jagan Mohan Reddy said the State government would sanction ₹11,500 crore to the AgriGold victims and the latest GO sanctioning aid to them was part of it.

Gollalagunta to go to the polls as per schedule 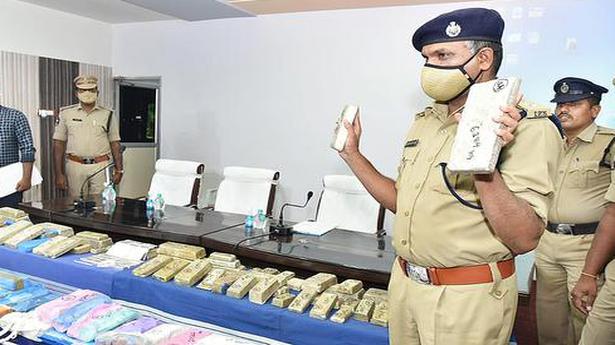