The AIADMK on Wednesday announced the bifurcation of the Erode (suburban) district unit, making former School Education Minister K.A. Sengottaiyan secretary of one of the newly formed district units.

A release, issued by O. Panneerselvam, coordinator, and Edappadi K. Palaniswami, co-coordinator, stated that Mr. Sengottaiyan, also an organisation secretary, would hereafter be in charge of the Erode (suburban – west), under which three assembly constituencies would get covered.

Apart from Gobichettipalayam, he would look after Anthiyur and Bhavanisagar (reserved). Except Anthiyur, the other two constituencies are being held by the AIADMK in the Assembly.

Between 1980 and the early 1990s, Mr. Sengottaiyan was the party’s district secretary for the erstwhile Periyar district, which had included Dharapuram and Kangeyam taluks, now lying with Tiruppur district.

Former Environment Minister, K.C. Karuppannan, who was the secretary of the unified district unit of Erode (suburban), will have to confine himself to Erode (suburban – east). Perundurai and Bhavani come under this unit and they are being represented by the party in the Assembly.

The development took place in the light of reports of sections of the party in the original district unit preferring the leadership of Mr. Sengottaiyan to Mr.Karuppanan.

Besides, former Minister ‘Thoppu’ N.D. Venkatachalam, who was expelled from the party before the election for his decision to contest as an independent, had declared at the time of joining the DMK recently that he would make the ruling party a bigger force in the area than the AIADMK.

The Erode (urban) unit has been left intact and its secretary is K.V. Ramalingam, former Public Works Minister, who lost to DMK’s S. Muthusamy, now Urban Development Minister, in Erode (West) by a margin of about 22,000 votes.

The Amma Makkal Munnetra Kazhagam (AMMK) also announced that the Ramanathapuram district unit would be split into Ramanathapuram – east and west – units. 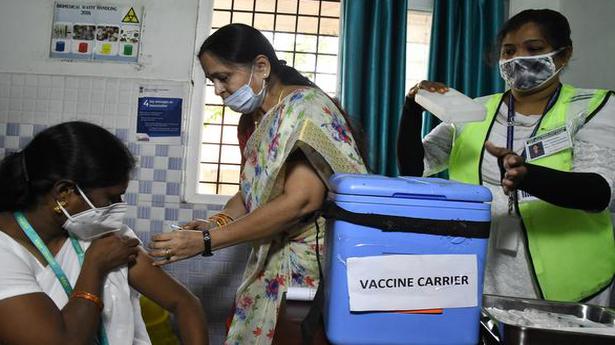